The Adventure of Preparing for The First Annual Inspection 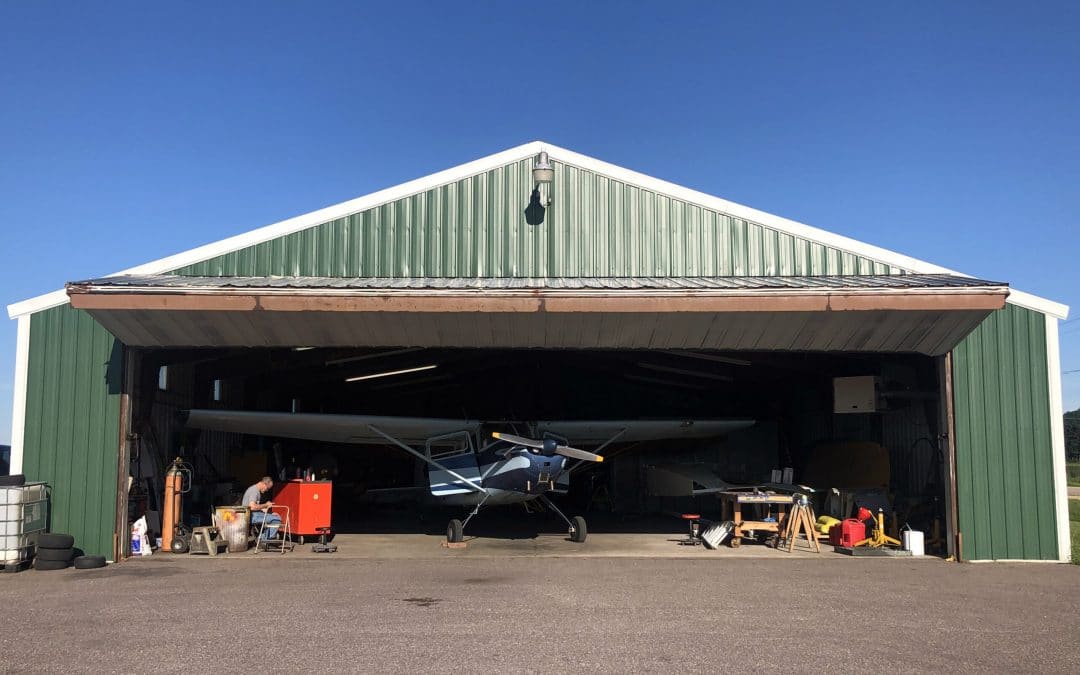 Some airplane owners are lucky enough to have mechanics that are based at the same airfield as the airplane. A quick phone call, a 5-minute taxi, and just like that, their airplane is receiving the service it requires. After the repair, the mechanic may even return the airplane to its hangar so that the owner will be welcomed with a perfectly-functioning airplane without ever lifting a finger.

For the rest of us, things are somewhat different.

While particularly dedicated mechanics will travel more than an hour away to conduct a top overhaul on an engine, the general expectation in my area is that the aircraft owner will transport the aircraft to the mechanic. So when basing your aircraft at a small rural airstrip and service is about 50 miles away, one must become something of a logistics expert. This, I learned, is an aspect of aircraft ownership with which one must contend when arranging for an annual inspection.

Although my airplane’s last annual inspection was completed by the previous owner in July of last year, I thought it prudent to get a jump on things. Oshkosh was only about a month away, after all, and there’d be nothing more depressing than driving there while your airplane sits in the maintenance hangar back home. Particularly when you live only about 100 miles away from the big event.

Time was, therefore, of the essence…and so too was good planning. The first step was getting the airplane to the mechanic in Lone Rock, Wisconsin, several counties away. Having soloed my Cessna 170 for the first time just one week prior, I was very interested in the surface winds and in minimizing any crosswinds, particularly on paved runways. Although I’d had my private certificate for many years, tailwheel flying was still fairly new to me and my personal limits were correspondingly low.

Planning became a matter of looking for that perfect moment where nice weather conditions converged with my available time off as well as the availability of someone to pick me up. I did, after all, have to return home after dropping the airplane off. I reached out to a few friends, explained my situation, and because they’re such great guys, I soon had multiple options lined up.

On the morning of my flight to the mechanic, I got an early start to take advantage of relatively favorable winds. The destination was a rural airport with two paved runways. Runway 9/27 was 5,000 feet long, and 18/36 was 1,850 feet long. Between the two of them, I was confident I could find an option that minimized any crosswind component.

I called for my weather briefing just as I was walking out the door to head to the airport. After discussing winds for a few minutes and determining that they’d be out of the east, the briefer ran through the NOTAMs and casually mentioned that Runway 9/27 at my destination was closed. This meant I’d have to land on the far shorter runway with a direct crosswind right at my personal crosswind limits.

I wasn’t happy with the situation. But everything was technically still within limits, and as the east/west runway would remain closed until September, there wouldn’t be much getting around it. I opted to go for it and headed to the airport.

In addition to learning my new-to-me airplane, it had also been nearly 20 years since my most recent solo cross-country trip. Though I had occasionally toyed with iPad apps like ForeFlight and Garmin Pilot, I still hadn’t gotten used to how laughably easy they made navigation and situational awareness. Gone were the days when a pilot had to actually determine where they were with pilotage and VORs; now, one simply steered to avoid airspace and followed the magenta line. To those of us who were still accustomed to using paper charts, it was the stuff of dreams.

An annual inspection is an opportunity to have new goodies installed without the need for additional trips to the mechanic. [Photo: Jason McDowell]

After loading up the various goodies I was having my mechanic install as part of the annual, I spent a few minutes getting set up in the cockpit. I clamped my phone into a handy suction cup mount just left of the yoke, activated my flight plan, and ensured I had my backup iPad and backup power supply handy. Minutes later, I was climbing out against a backdrop of bold blue sky and warm spring sun.

Without any paper charts to fold, draw on, and refold, I focused instead on the basics like maintaining altitude and keeping a sharp eye out for traffic. I fired up a homemade ADS-B In unit a friend lent me, paired it to my phone, and yet again marveled at how thoroughly I had been outpaced by modern technology. It’s fashionable to remain wistful and romantic about the good old days, but when it comes to things like this, I’m in no hurry to go back.

The scenery unfolded briskly thanks to a healthy tailwind. Before long, I was entering the pattern at my destination, all the while trying to make sense of the non-stop screeches and minute-long piercing squeals that define CTAFs across the country. Whereas navigation and traffic awareness had moved into the 21st century during my absence, radio communication clearly had yet to progress beyond the 1930s.

As I rolled out on final, a significant crab indicated a crosswind that was exercising every last bit of my 8-knot limitation. Combined with stickier, less forgiving pavement, these would be some of the most challenging conditions I’d ever encountered in the meager nine or so hours I’d logged in my airplane. My sole mission in life became to maintain perfect coordination during touchdown.

Fortunately, I met my goal and maintained great coordination throughout the landing. Unfortunately, this came at the expense of misjudging the flare height and stalling the airplane in from about 3 feet above the runway. All was fine, though. The airplane shrugged it off and didn’t seem to care nearly as much as I did. Still, I apologized to it on the taxi in.

I shut down at the maintenance hangar and met up with Ryan Johnson, the mechanic who performed my engine’s top overhaul. We went over some items pertaining to the annual inspection and parked the airplane in his hangar. As I walked away, I silently prayed to the airplane gods, asking them to have financial mercy on me during my first annual.

FOLLOW FROM THE BEGINNING: Previous editions of “The New Owner”

Not long after dropping the airplane off, my ride home arrived in his pristine Piper Pacer. I had reached out to Ed a few days earlier, asking if he’d be willing to fly me home, and he jumped at the chance. He and his wife are the creators of the YouTube channel The Flying Stampede, in which they are attempting to fly to every public airport in Wisconsin and win prizes offered by the Wisconsin Department of Transportation. In addition to helping me out, this would be another stamp in his Wisconsin airport passport.

A rural airport restaurant on a beautiful spring day proved to be the perfect setting for meeting up with a new friend. [Photo: Jason McDowell]

We had a great breakfast at the positively adorable airport restaurant, where coffee and omelets were served with a healthy side of airplane chitchat from the group of local pilots that call it home. The combination of the airport’s main runway closure and increasing winds kept other airplanes away while we were there, so I made sure to tip the waitress well. With any luck, she and the restaurant will stick around for years to come.

Ed and I had a great flight back. While it had been our first time flying together, we proclaimed that it would not be the last. I thanked him again for his fantastic assistance and shot some phone video of him departing into the sun.

It had been an eventful day. I had successfully flown my first cross-country flight in 19 years. I’d utilized an EFB for navigation for the first time. And I’d conquered my most challenging crosswind conditions to date, albeit with an embarrassingly ugly landing.

I also reflected upon another wonder of the modern era—the ease with which one can meet new people and build new relationships through social media. Among the cesspool of political forums, armchair experts, and snide comment threads, there exists some fantastic communities of wonderful people. My day was made possible through some of those connections.

It’s perhaps not unlike actual physical neighborhoods. A city can all-too-easily become defined by its worst areas and motivate us to stay away forever. But seek out the right parts, and you just might be rewarded with good conversations over good breakfast with new friends who will be there for you when you need them.

The post The Adventure of Preparing for The First Annual Inspection appeared first on FLYING Magazine.