The Aviation Mechanic Shortage Is Worse Than You Might Think 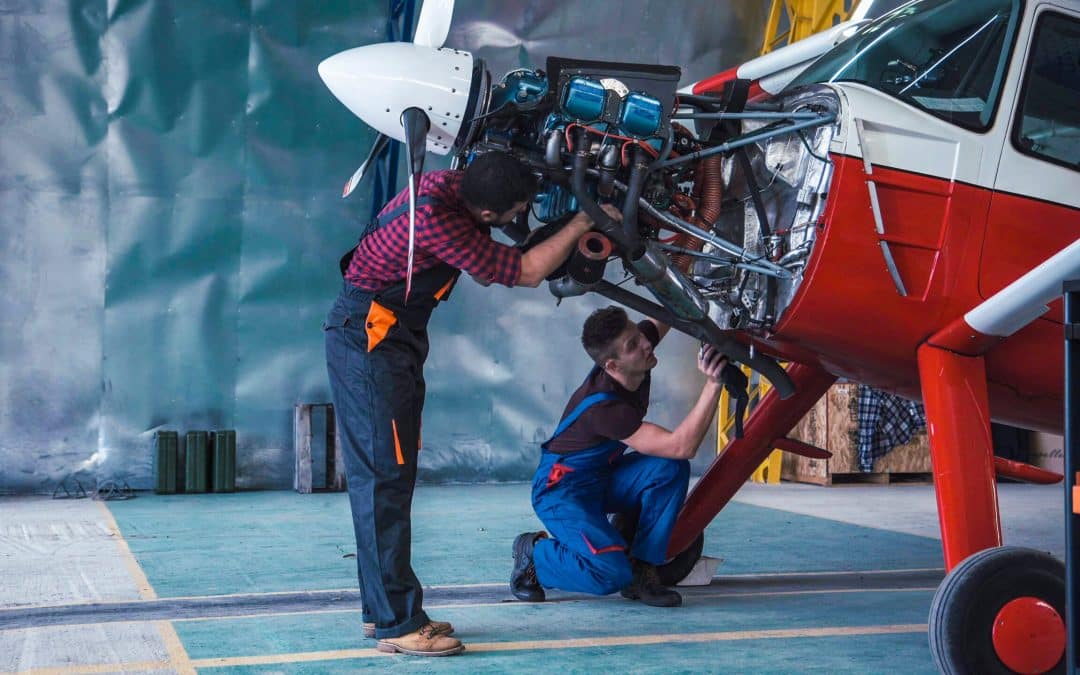 Mechanics have not seen their wages keep up with rising inflation costs, the Bureau of Labour reports. [Credit: Adobe Stock]

On that call, Neil Mitchill, Raytheon’s chief financial officer, pointed out how bad that was for the company when he said, “the absence of productivity” from not enough workers being available to complete projects was hurting profit margins between 15-30 percent.

Hayes put it bluntly when investors asked how quickly the industry could remedy the problem through hiring. “This does not get solved this year,” he said. “I think the only thing that’s going to solve labor availability, and I hate to say this, is a slowdown in the economy because right now, there simply aren’t enough people in the workforce for all of our suppliers.”

A Dire Need for Mechanics

If that is the sentiment for one of the largest aerospace and defense companies, it’s not hard to estimate what many small businesses are up against as they try to attract workers. Finding engineers is one thing, but a bigger knot in the system threatens a complete rebound of the industry: finding mechanics and technicians. In its commercial Pilot and Technician Outlook for the 20-year period between 2022 and 2041, Boeing said the global industry needed to recruit, train, and hire 610,000 new maintenance technicians. The need existed before the pandemic, but a lot has changed with the social upheaval caused by COVID-19.

FLYING spoke about this with Jonas Murby, a principal at AeroDynamic Advisory, a specialty consulting firm focused on the global aerospace and aviation industries, and who has worked with MROs, OEMs and investors for nearly two decades on making strategic decisions. In the wide-ranging discussion, Murby pointed out multiple factors that make it clear the mechanic shortage needs closer attention.

“There was kind of a structural issue already before COVID,” Murby said, “but when COVID hit, the oldest and most experienced people suddenly left aviation.”

It’s a similar problem that many airlines found themselves in when they offered early retirements to their pilots, only to find themselves understaffed for the resurgent travel demand. In July, Delta Air Lines (NYSE: DAL) CEO Ed Bastian said nearly 2,000 senior pilots from his airline retired early in the summer of 2020, and that caused a bullwhip effect this summer as there weren’t enough active pilots to meet the airline’s schedule.

However, that could be one of the only similarities to the shortage on the mechanic side. Pilots who have decamped from the industry altogether might be inclined to return because of the initial investment they’ve made in training and the lucrative pay incentives that airlines are now offering. For mechanics, though, Murby said it might not be so easy to get them back.

Why Is It Hard To Recruit Mechanics?

It will be hard to ignore the salary aspect. In April, when inflation was at 4.5 percent, FLYING reported that mechanics at every level struggled to make ends meet. Since then, inflation has more than doubled to 9.1 percent in June, all but putting workers in a deficit.

To balance things out, for mechanics, it’s not as easy as finding a second job, Murby said.

The new wave of innovation sweeping the automobile industry and the emergence of new aviation technologies like electric vertical takeoff and landing (eVTOL) aircraft have increased the demand for mechanical labor immensely.  [Photo: iStock]

“The problem is, if you’re a mechanic, that’s a very physical job.” He explains that if there is a shortage of workers, the ones present have to work even more. “The shortages themselves exacerbate that problem because a company with too few mechanics certainly doesn’t want those mechanics to work fewer hours.”

Of course, lower-hanging fruit is available that companies wishing to keep their workers could choose, but most of that workforce innovation seems to be taking place much faster outside the aviation industry. Many companies have embraced remote work or opted for flexible work schedules. The most recent jobs report from the Bureau of Labor Statistics (BLS) also shows broadly that more people were working multiple jobs this year than last.

Since that’s not likely an option for mechanics, Murby said aerospace companies need to upgrade the employee experience to compete for talent. He said that means flexibility, better technology, and higher salaries—but even that, Murby noted, is another challenge.

“I’ve heard consistently across the globe from companies that want to bring back somebody they lost during COVID that the people want 20 to 50 percent pay raises because that’s what they’re getting now.”

That means companies could grapple with wage inflation, as JetBlue’s CEO, Robin Hayes, told investors in May, even as the costs increase for other materials. With the strong demand for consumer travel, it seems rational that companies should also increase wages, but Murby said the pent-up demand driving the system now isn’t typical and could cool off. That means if a looming recession caused customers to cut back on travel, MRO providers who suddenly increased wages to help workers might unwittingly become unprofitable.

“So ultimately, if everybody begins paying their mechanics and the rest of the staff 20 to 50 percent more, what happens?”

Competition From Other Industries Creating an Overall Labor Shortage

Where does that leave the industry’s ability to attract or retain mechanics and technicians? The challenge that the aviation industry has to overcome may have been hiding in plain sight all this time but is becoming more evident now with the growth of outside sectors. The new wave of innovation sweeping the automobile industry and the emergence of new aviation technologies like electric vertical takeoff and landing (eVTOL) aircraft have increased the demand for mechanical labor immensely.

The BLS estimates that about 69,000 openings for automotive service technicians and mechanics are projected each year, on average, over the decade until 2030. That puts those sectors in direct competition for a limited amount of talent. In places where there is more money on the balance sheets and more innovation around the quality of work, Murby said it will be a challenge for the aviation’s MRO industry to keep up and that, more broadly, all sectors could struggle.

“In the future, if we have more competition for those types of workers from multiple industries, is there a critical mass of maintenance?”

It’s not unlike the computer chip shortage that reared its head in the early part of the pandemic as consumers shopped for more electronic products, taking away from the supply needed for cars and airplanes. In the same way that the chip shortage proved to be a structural and macro issue for many companies, so much so that the U.S. government is now onshoring chip-making, the widespread demand for mechanics poses a similar threat. Murby pointed out that, for some companies, it might mean purposefully getting smaller.

“It goes to that critical mass idea because there just aren’t that many people that could do that job in certain countries and regions,” he said.

It leads then to the final observation, which is, with a thin supply of technicians and mechanics, and a growing volume of labor that needs to be completed, does the solution include national immigration policies that result in increased skilled workers? Occupations like farmers and nurses have benefited from skilled-immigration policies in countries like Canada, which the government has said is essential for filling out the labor force and overall economic growth. Canada’s government plans to welcome an average of 255,000 skilled immigrants through 2024. However, the U.S. caps its employment-based recruitment to 140,000 each fiscal year.

Ultimately, putting this all together, if the mechanics and technicians shortage continues to worsen, there is a confluence of challenges the aviation industry will need to resolve.

Murby put it best: “There is definitely more work to be done.”

The post The Aviation Mechanic Shortage Is Worse Than You Might Think appeared first on FLYING Magazine.