The Final Moments of Checkout Training Bring an Unexpected Fear 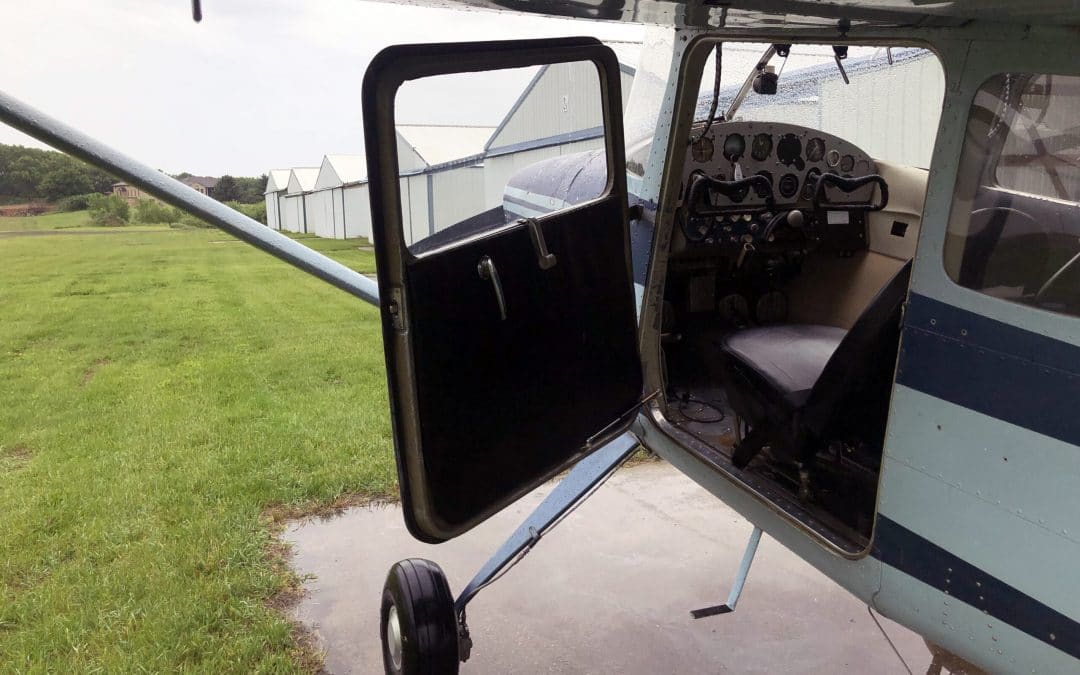 Among life’s unwritten rules, one seems to hold true regardless of culture. Spanning continents, political borders, religions, and eras, it is one that exists in every corner of the globe. The rule is that, when driving a rental car, one may beat the ever living hell out of it solely for one’s amusement.

Fortunately, when it comes to general aviation, more respect is afforded to a rental airplane. We make every attempt to finesse our landings. We’re reasonably careful with switches, levers, and knobs. Generally, most of us tend to make an effort to leave the machine in as good or better condition than that in which we found it.

Prior to owning an airplane of my own, I wouldn’t have thought the day-to-day handling of one’s own machine would be much different. It seemed reasonable that the experience as an owner would reflect that of a renter, with a similar level of care and concern provided to the airplane.

How wrong I was.

In reality, flying one’s own airplane can turn you into an entirely different pilot. A paranoid one, constantly on the lookout for any and all potential threats to one’s pride and joy and accordingly, to the state of one’s bank account. Gone is the bright-eyed, bushy-tailed student pilot full of optimism and blissful ignorance. In their place is a steely-eyed pessimist, anticipating any and all disasters, from flat tires to stuck valves to electrical shorts. And one who is terrified of damaging their first airplane.

This is the person I had become, and it introduced an unforeseen twist to my checkout training. Whereas in rental aircraft I simply flew as trained and had confidence in my abilities, I now had a personal connection to the airplane. Getting it wrong and bending metal would be a deeply emotional disaster—not just a financial one.

At the controls of my Cessna 170, the brain cells with an emotional attachment to the airplane became annoying backseat drivers. They would constantly distract the brain cells that were flying the airplane with admonishments to pay close attention to the engine, be smooth with the controls, and for the love of God, to avoid ground loops at all costs.

This added an entirely new element to my checkout training. Yes, I had to learn how to fly the airplane well, and I had to brush up on my rusty piloting skills—though I had my private and instrument, I was badly out of practice. But I also had to contend with the ever-present specter of getting things wrong and bending metal. Whereas such an event would be bad enough with a rental, it would be downright devastating in my own newly-purchased airplane.

FOLLOW FROM THE BEGINNING: Previous editions of “The New Owner”

These thoughts swirled around my head as I hopped into the left seat to continue my checkout training. My instructor Pete and I had begun the process last summer and completed two lessons before an unfortunate engine issue reared its ugly head. Now, many months later with the engine repaired and broken in, I was determined to complete the checkout.

The first day back into the air took place in perfect weather. Winds were out of the northwest at about 7 knots, providing ideal conditions for crosswind work at a nearby airport with north/south and east/west runways. As an added bonus, one of those runways was grass and the other was paved, providing a multitude of potential lessons.

Pete had me perform some airwork on the way there to reacquaint me with my 170’s flight characteristics. Stalls, turns around a point, and a constant barrage of hypothetical situations kept me busy and before I knew it, I was setting up for my first crosswind wheel landing on a paved runway. The combination of a crosswind and an unforgiving runway surface was one that I had been dreading, as any miscalculations would be immediately amplified by the ample friction provided by the pavement.

Fortunately, I managed to wrangle my 170 in a reasonably safe manner, avoiding large bounces and staying coordinated despite the crosswind. I had made about seven decent landings on the airport’s two runways without any serious problems, when on the way home, Pete threw me for a loop. “Hey, let’s land at Sugar Ridge!”

Chilled, I glanced down. Sure enough, there it was. A grass strip that, to my inexperienced eye, looked no larger than a basketball court and sported a massive drop off on the east end of the runway.

I’d been there before as a passenger with my friend Jim. Jim has achieved absolute mastery of his own 170, which itself has been modified with a STOL kit, a larger engine, and a beautifully sculpted carbon fiber propeller that actually throws your head back when the brakes are released during takeoff.

When Jim took me into Sugar Ridge, he made it look easy. The dropoff at the east end of the runway didn’t faze him one bit, and his powerful 170 clawed its way into the air in a laughably short distance. Either that, or it blew the earth away from us.

Now, with my relatively anemic 145 hp engine and a truly feeble set of flying skills, I was not confident and thus, attempted to weasel my way out of it. “1,600 feet is pretty short for me,” I mused aloud. “I think I’ll just keep heading home where there’s a bit more of a safety margin.”

Pete wouldn’t hear of it, and ultimately presented me with an ultimatum; either I fly us into and out of Sugar Ridge, or I give the controls to him and he flies us into and out of Sugar Ridge. After a few choice profanities, I conceded and agreed to do the flying, reminding myself that the best time to get out of one’s comfort zone is when there’s an instructor sitting in the other seat.

A Maule approaches the drop off from which we would depart. [Photo: Jason McDowell]

The landing was entirely uneventful, which was expected. Equipped with the largest flaps of any 170 subtype, my 170B could comfortably land in extraordinarily short distances. Takeoffs, on the other hand, could be a bit nerve-wracking, as the relatively low power sometimes made it feel as though clearance over departure-end obstacles could only be achieved via curvature of the earth.

Amusingly, this wasn’t far from Pete’s advice for the takeoff. “Just get into ground effect, and by the time you’re ready to climb, you’ll reach the drop-off and the ground will fall away from you.” Logically, I knew this was true, but it didn’t make me feel much better. Neither did the light and variable wind that was occasionally producing a tailwind.

Still, I forced myself to trust my instructor and I forced myself to ignore those brain cells that were so worried about damaging my beloved new airplane. As instructed, I got into ground effect and achieved a safe climb speed just before reaching the drop off. And as expected, it was somewhat terrifying.

But we made it. And one step at a time, I was learning to trust my own abilities as well as those of the airplane. While still harboring a strong emotional attachment to the machine, my nerves were beginning to subside and I was beginning to have fun.

Our following lesson took place on a rainy day. The ceilings were high, but the rain was steady and in flight visibility was less than ideal. Pete had me run through some more emergency procedures, and then had me communicate with the approach controller at a nearby Class C airport to dust off another clumsy skill set that had seen little use in the past decade.

When attempting to utilize depth perception to accurately judge the number of inches between the tires and the runway, stubborn water droplets are nothing short of confounding. [Photo: Jason McDowell]

We performed more wheel landings on pavement, visited multiple airports I’d never before flown into, and utilized another relatively short runway. Throughout it all, my single biggest struggle was contending with the forward view—or lack thereof. Because we were flying in the rain, the windshield was continuously covered in large water droplets, and my depth perception was destroyed.

As it turned out, having to contend with those water droplets demanded such focus that I shed the nerves and “what-ifs” that had been distracting me during my previous lessons. By having to work a new problem, the old problems became less of an issue. What used to feel like insurmountable challenges began to feel more like a foundation upon which to build, and I was beginning to feel more confident.

Pete signed me off to solo after that lesson. If circumstances, schedule, and weather all cooperate, I will aim to do so in the next several days. And while there’s still a handful of brain cells that are terrified to damage my beloved 170, most have been effectively converted and are now looking forward to the flying ahead.