The Interesting and Somewhat Strange History of Runways 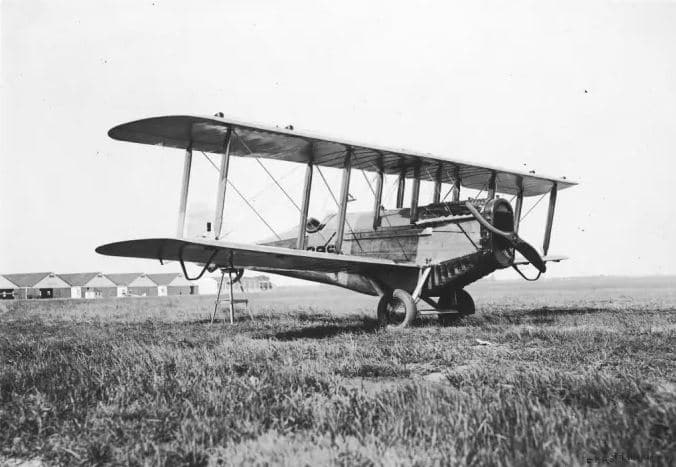 Ever since the Wright brothers first took flight in 1903, airplanes have needed a place to take off and land safely. Hence, the need for a runway was born, though it would take several years for the concept to fully take shape and even longer to take the form we’re used to today.

The first runways the post office used were made of dirt, grass, or clay. [Courtesy: National Archive]

The Post Office was the driving force behind much of the runway construction in the United States. Airmail routes were coveted and bid for. The Post Office air stations were usually designed with two runways, set at right angles to each other in the shape of a T or L. Another variation was the 2,000 ft by 2,000 ft square that would allow the pilot to take off no matter what direction the wind was coming from.

The surface of the runways were dirt, grass, or clay. Sometimes they had a layer of gravel or cinders to assist with drainage.

While many airports decided to build a runway, many simply found a flat spot on the edge of town. In the decades that followed, businesses and homes grew up around the facility.  This inevitably led to conflict, which we still have today.

A good example of this is Clover Field, the airport now known as Santa Monica Airport (KSMO).

According to santamonicaairport.com, the airport was officially opened in 1919, and was one of 66 airports in Los Angeles and Orange County. At the time,  the area was still relatively unpopulated and rural. Today, KSMO is one of the airports defending itself from anti-airport groups and individuals who live near the facility and complain about the noise, pollution and safety issues.

A look at Clover Field, which is now Santa Monica Airport. [FLYING Archive]

Many airports began as grass, then were paved over. Ford Field in Dearborn Michigan opened as a grass airfield in 1924. In 1928 the airport sported the first concrete runway in the United States. The airport continued operating during WWII. In 1947, Ford Air Transport relocated to Detroit Metropolitan Airport (KDTW). The passenger terminal and main hangar remained a few more decades, but by 2018 they had been demolished.

Sometimes, if land could not be found for airport construction, the municipalities created their own.

The airport we now know today as King County International Airport/Boeing Field (KBFI) was constructed in the 1920s on fill dirt. The Duwamish River was moved to the west, becoming the Duwamish Waterway. The Boeing factory was established in the area because the preponderance of spruce trees used in aircraft construction, was located on the waterway, as the first Boeing aircraft—the B&W—was on floats. The hard-surfaced runway was added to accommodate aircraft on wheels.

Because the original runway was little more than dirt graded flat and so close to the water table, during high tides puddles created by springs would sometimes appear on the airport surface.

The elevation of Boeing Field is a mere 21 feet. This made the airport more susceptible to ground fog. This was a consideration when the Civil Aviation Authority started looking for a location for a new civilian airport in the region. A plateau south of KBFI known as Bow Lake which stood at an elevation of 433 feet was selected.

Construction began in 1942. According to the Port of Seattle history website, “The facility SEA Airport was dedicated on July 9, 1949. The original building cost $3.2 million and was designed for 900 passengers per hour.”

We Were Here First

Expansion at airports sometimes leads to forced relocation—of homes, businesses, and even graveyards. St. Johannes cemetery, located near Bensenville, Illinois, was established in 1849. In 1944 what is now O’Hare International Airport (KORD) in Chicago was built. The graveyard was literally on the other side of the fence—a common joke was “That’s where we put the bad pilots.”

After the war, the airport became a civilian facility and an airline hub, and this led to runway expansion. A new runway meant the relocation of some 15,000 graves. According to the Chicago Tribune and other Chicago-area media outlets, there have been multiple grave relocations over the years as the airport has grown.

Sometimes the families don’t want to allow the relocation, but that doesn’t stop a runway from being built. During World War II, Uncle Sam wanted the land at what is now Savannah Hilton Head/International Airport (KSAV) in Georgia for use as a bomber base. The airport has two runways: 10/28 and 01/19.

Embedded into the surface of Runway 10 are the graves belonging toCatherine and Richard Dotson. In the 1800s, the Dotsons owned the land the airport is now built on. Catherine died in 1877, with Richard passing in 1884. They were buried in the family cemetery, along with other family members and slaves.

When Uncle Sam took the land, most of the graves were relocated to Bonaventure Cemetery, some 15 miles to the east of KSAV. However, the  Dotson’s descendants were against the relocation of the family founders, so they asked that their remains stay put. Today there are two gravemarkers embedded in the pavement on the runway’s edge.

Some famous airports and their runways are no more. Roosevelt Field, in Long Island New York where Charles Lindbergh launched from to cross the Atlantic in 1927  in Long Island New York, is now a shopping center. The airport was named in honor of Quentin Roosevelt, the son of President Theodore Roosevelt. Quentin was killed in air combat during World War I.

Echoes of a Military Past

One final nod to the historic disposition of runways across the country: those that were built to serve military purposes. Does the airport have a distinctive triangular runway layout? Did it have this design in the past, but now a runway has been turned into a taxiway? If the answer is yes, that airport may have been built for the military during WWII.

The triangular configuration allowed rapid construction, and was done without regard to the direction of the prevailing winds—there was a pretty good chance one of the runways would work 90 percent of the time.

Some of the airports were built as primary bases, others as auxiliary fields. At the end of the war, some of the airports were retained by the military, but most were released to the civilian world— municipalities bought hundreds of acres of airport for a mere $1—and these airports became airline hubs or reliever fields. As the years went on, some runways were decommissioned—what started as a three-runway field became a one runway field in later years because the FAA determined there was not enough use of a particular runway to justify the cost of maintaining it. Some of these defunct runways were torn up, others were turned into taxiways or repurposed all together—the closed runway at Bremerton National Airport (KPWT) in Washington is used as a drag racing strip by Bremerton Motorsports Park.

The post The Interesting and Somewhat Strange History of Runways appeared first on FLYING Magazine.