The Language of Aircraft Maintenance? It Starts Here 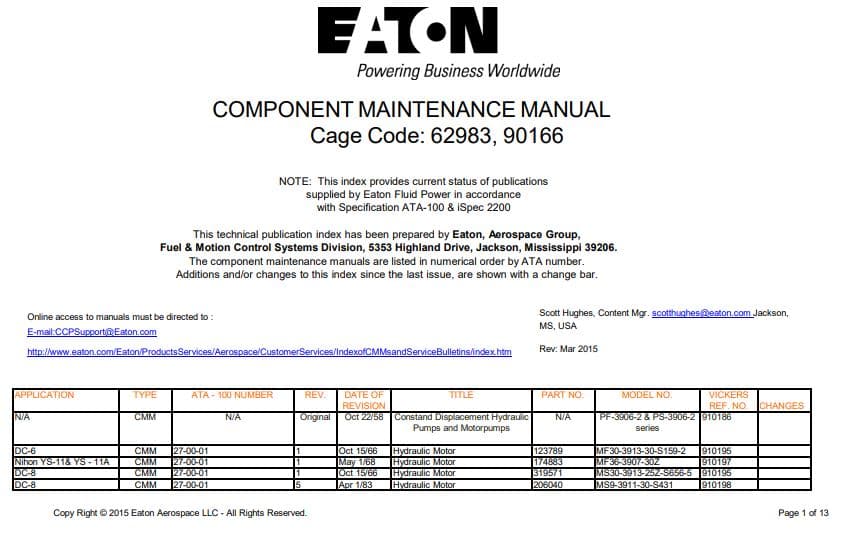 “What chapter did you get?” he asked.

Pondering, she sat looking at him for a minute and finally said, “good luck with all that geometry; I will stick with 32”.

If you had to guess the setting in which this exchange took place, what would you say?

For those of you who chose a corporate aircraft maintenance hangar, bravo! That is correct. The ones that guessed the campus library, you are in the ballpark. Our topic today does include publications, although technical. Anyone thinking it was a low-budget cable television mini-series has some serious soul-searching to do.

The scene played out above was two aviation maintenance technicians discussing their assignments issued by the lead mechanic. Contestant number one pulled the job card to rig a flight control surface. The lead assigned contestant number two the task of repacking a nose landing gear strut. Why does one require geometry, and two have a risk of getting filthy? Great questions; go look them up in your AC 43.13-1B.

Ok, back to the task at hand. How was one to ascertain the section of the airplane each player will be working on simply by knowing the chapter number? That is another excellent question, but instead of sending you off to hit the Dewey Decimal Decimation Device, I will tell you.

The chapters mentioned above are elements of a systematic classification system called the Airline Transport Association (ATA) 100 Code Table. Established in 1956, the ATA 100 sought to develop a common language for documenting aircraft systems, components, spare parts, and maintenance.

Airplanes are highly specialized, extremely complicated, and operated with precision metrics that can be critical when a failure occurs. Aerospace OEMs adopted the standard and incorporated it into their processes, identifiers, and technical manuals to ensure continuity. Imagine if each OEM assigned a different numbering identification system. Utter chaos would ensue. Yeah, everyone huddle up and use these numbers in your manuals. Ready, break.

OEMs assign a series of numbers to each section of the aircraft. The first numbers denote the primary area or system of the plane, like 27 for flight controls, 32 for landing gear, and ATA 75 for bleed air. Additional numbers identify deeper sub-sections. That identification carries over to the technical publications (TechPubs) such as the illustrated parts catalog (IPC) and the component maintenance manual (CMM), among others.

Other entities used the ATA 100 as a base model for their specific codes. The FAA created a modified version of the ATA chapters. Issued as the Joint Aircraft System/Component (JASC) Code Table, the numbering system is alerted slightly by utilizing a JASC four-digit marker after the initial chapter number. The FAA posted the final version of the JASC Code in 1999.

Transport Canada also uses the ATA 100 chapter structure in their publication Master Minimum Equipment List (MMEL) Guidebook. There is a link on the site that will allow you to request a copy. It is always helpful to build up your digital library.

The ATA 100 Code is not the only standard that aerospace entities use. Another airline standard deployed was ATA Spec 2100, which facilitated how entities identify data and move. The plan was to create a seamless design, but I can personally say that it introduced just as many issues as solutions.

The ATA transformed into the Airlines for America (A4A), and the ATA 100 merged with ATA Spec 2100 to create a new standard, the ATA iSpec 2200: Information Standards for Aviation Maintenance. In doing so, Airlines for America enacts an aerospace standard to govern the structure, component content, and identification, with the electronic interchange of maintenance, commercial, and engineering information across the globe.

For those interested in a deep dive into iSpec 2100, The Massachusetts Institute of Technology (MIT) has the scholarly journal iSpec 2200: Information Standards for Aviation Maintenance version 1.1 available.

MIT describes the new spec, highlighting the guidelines for procedures, maintenance controls, and aircraft configurations. Another consideration mentioned is “iSpec 2200 is to minimize cost and effort expended by operators and manufacturers, improve information quality and timeliness, and facilitate manufacturers’ delivery of data that meets airline operational needs.”

Additionally, Airlines for America offers both the ATA 100 Spec and the ATA iSpec 2200 on their site; however, you may wish to get financing figured out before you purchase.

By assigning each portion of the aircraft a code or chapter, the organizers hoped to establish a matrix that would benefit the aviation industry. Pilots, aerospace engineers, and maintainers would have a resource to communicate actions and provide structure to a diverse sector.

For decades mechanics, supply chain professionals, engineers, and pilots reproduced the ATA chapter list. They plastered the walls of cubicles, offices, and toolboxes with a quick, easy-to-identify guide to assist their daily tasks.

In some instances, people specialize in a specific chapter, becoming highly proficient in that section. I recall hearing office chatter from my days in parts distribution that went, “Hey, Sally. Who is the Chapter 32 buyer at X-Corp? There is a new version of this landing gear seal I want to present.”

Because ATA 32 is landing gear, anything that falls under that code in a subchapter would be the responsibility of that buyer to procure. This specialization benefits supplier relations, product knowledge, and supply chain continuity.

Some maintenance professionals are also assigned tasks on job cards by the ATA chapter. The job card coincides with the maintenance manual section identified by the chapter.

TechPubs follow the same ATA guidelines and structure the layout of their manuals by ATA code. Take, for example, this manual snippet from the OEM, EATON. This index is a listing of EATON Component Maintenance Manuals. You will note the model aircraft on the left, Douglas DC-6, DC-8, etc. The following column lists the type of TechPub, i.e., CMM, then the ATA 100 code. The remaining information provides the user with everything they need to inquire and obtain the required manual.

TechPubs serve a variety of purposes. Think of them as the owner’s manual for your aircraft. You read your Snapper lawn mower’s manual cover to cover, don’t you? Stay tuned as we highlight vital publications and unpack them over the next few months.

The Beechcraft Super King Air B300/B300C Maintenance Manual lists maintenance tasks and identifies them by the code ATA 32, which is landing gear. ATA 32 is landing gear, and the -30 denotes extension and retraction. In item 20, you can see the ATA Code 100, followed by subsections: 32-30-31.

While the ATA Chapter code is officially superseded by the latest and greatest iSpec 2200, it is relevant and still lives on to this day. Aircraft produced before the merger utilize the ATA 100 code, and therefore their manuals follow the old ways.

If you are ready to get cracking at the ATA 100 Codes, the list is readily available with a quick internet search. Some resources are more detailed than others, including zones, sub-sections, and special remarks. Here is a simple version of the ATA 100 suitable for printing (front and back if you wish to have it all on one sheet) and kept handy by your desk, workstation, or toolbox.

As with anything in aerospace, the ATA 100 spec has seen different iterations, been copied, reproduced, altered, edited, morphed, and updated to what it is today. And the journey continues. As aerospace identifies new needs, additional revisions will come.

Continue to follow along as we navigate the many layers of aviation maintenance, keep current with your ratings, and drop us a line at editorial@flying.media if you have a question or want to say hello.

The post The Language of Aircraft Maintenance? It Starts Here appeared first on FLYING Magazine.