The Learjet Era Ends With a Final Delivery 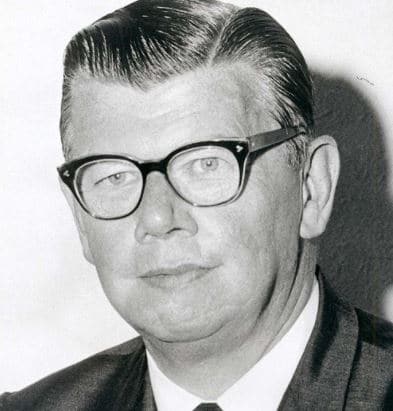 The final Learjet has been delivered.

Since 1990, Learjet has been a subsidiary of Bombardier Jets. In February 2021, Bombardier (BBD-B.TO) announced it was discontinuing the production of Learjets, however, it would continue to provide support and maintenance for the popular aircraft that are still in use.

Éric Martel, president and CEO of Bombardier, said the company has discontinued the Learjet 85 program and is focusing instead on the production of Global and Challenger jets.

The Learjet, with its distinctive sloped nose, has been flying since the 1960s. It was one of the first personal jet designs to be developed and flown.

On its company Facebook page, Northern Jet Management posted a picture of employees surrounding the aircraft with the message “Monday the 28th of [March] 2022 saw the end for one of the most popular business jet families ever. After almost 60 years of production, @bombardier_jets have delivered their final Learjet. @northernjetmanagement had the honor of taking delivery of the Learjet 75, which is the 24 in their fleet.”

Today we celebrate the delivery of the final Learjet production aircraft to @northernjet. We also commemorate the Learjet legacy and pay homage to current and past Learjet employees for their dedication and commitment to the Learjet brand. pic.twitter.com/wh4fRpWV41

History of the Learjet

The Learjet was designed by William (Bill) Lear, an inventor and aviation businessman. Lear started designing a private jet in the 1950s. Jet aircraft were new technology, and there were many designs that never made it off the drawing board. That changed when Lear opted to adapt a Swiss ground-attack fighter, the FFA P-16, that had never been built. Lear formed the Swiss American Aircraft Corporation in Switzerland, hired engineers, and the work began.

By 1962, the project was relocated to Wichita, Kansas, because Lear felt the project was taking too long in Switzerland, and in Wichita, there was already a workforce with the necessary skill set to build aircraft.

The first Learjet, built by what became known as the Lear Jet Corp., rolled off the assembly line in October 1963. Known as Learjet 23 (for model 23), the aircraft could seat as many as eight people. The production models began to appear in 1964.

Over the years, the company went through several name changes, becoming Lear Jet Industries Inc., and then in 1967, the company merged with the Gates Rubber Company of Denver, Colorado, and became Gates Learjet Corp.

More designs were created and improved on as technology evolved. By the 1970s, the Learjet sported a turbofan engine, and eventually, winglets that improved performance and fuel economy.

In the 1980s, Gates Learjet created its Aerospace Division. One of its first endeavors was making parts for the space shuttle.

With the last Learjet rolling off the line, Bombardier issued a tweet Monday: “We also commemorate the Learjet legacy and pay homage to current and past Learjet employees for their dedication and commitment to the Learjet brand.” The tweet included a photograph of the Learjet workers surrounding the plane.

Bombardier, based in Montreal, Quebec, noted that the facilities in Wichita will be revamped and used for flight test and special missions aircraft.

Aircraft aren’t the only thing Lear invented. He is also known for developing the 8-track cartridge audio tape and developing the technology that made it possible to reduce the size of electronics, which enabled radios to be installed into aircraft without a significant weight issue. During his 46-year career he received over 120 patents.

The post The Learjet Era Ends With a Final Delivery appeared first on FLYING Magazine.