The Pilot Proficiency Center Opens in a New Permanent Space 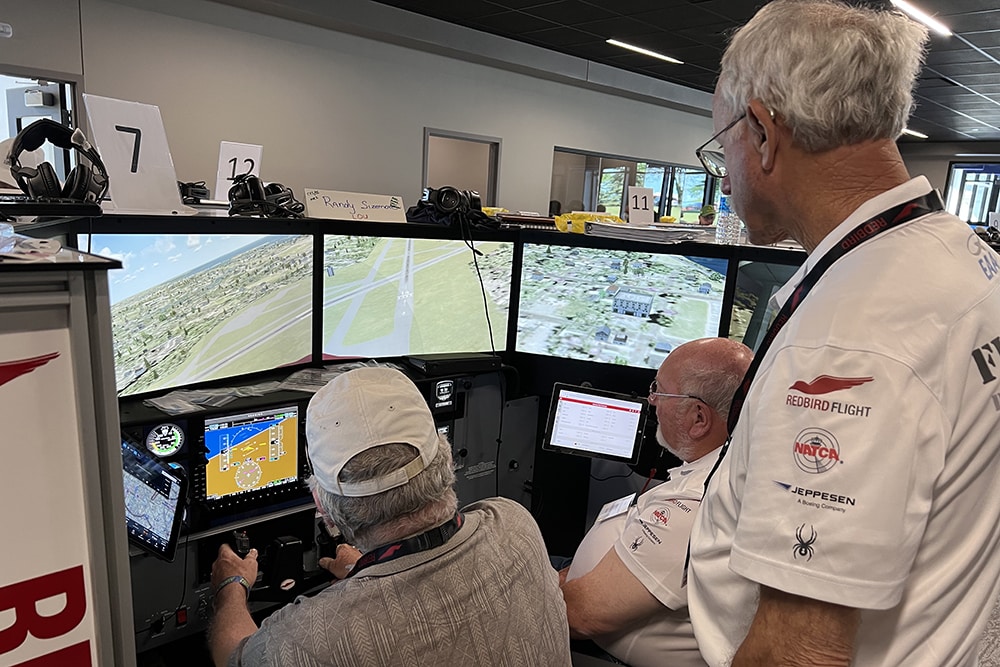 The much-anticipated permanent new home for the Pilot Proficiency Center is open for business. The facility is part of an educational expansion to the Experimental Aircraft Association museum.

The first floor has classroom space and now a farm of permanent Redbird LD Advanced Aviation Training Devices and a Redbird Crosswind Trainer.

The PPC is a joint venture of the Society of the Aviation and Flight Educators (SAFE) and the National Association of Flight Instructors (NAFI) and has been a staple of AirVenture for the better part of a decade. At the center, certified flight instructors donate their time and expertise to guide pilots through a series of online scenarios. The focus is on developing good decision-making skills and procedures.

In past years, the PPC was located in a tent off the midway where there was a great deal of walk-in traffic. People wandered in or in later years, signed up and received text message reminders about their scheduled appointment.

This year, the PPC offers a more immersive experience where clients can attend lectures and partake in clinics and exercises in simulators with either analog “round dial” instruments” or a G1000 cockpit.

When the clients arrive, they’re greeted by John Morgan Jr,. a multi-year PPC veteran who, along with his team, gets the clients where they need to be. John’s father, John Sr., is the acknowledged master of the Redbird crosswind simulator. The rest of the sim instruction is facilitated by a cadre of volunteer CFIs, who have spent several hours reviewing the lesson plans for each scenario.

According to Nate Weinsaft, PPC operations manager and volunteer CFI, “This year we have 12 simulators running, 11 for clients and one for training the CFIs. The clients are divided into three groups, A, B, and C.

On Monday, George Smith from Villa Park, Illinois, flew a scenario that had him in a C172 that lost power shortly after takeoff and after departure from the pattern. Under the watchful eye of five-year PPC veteran Larry Jarkey from Frederick, Maryland, Smith got the airplane back on the ground—not on the airport as he wished, but on a virtual road. A dialog ensued about other choices Smith could have made.

One of the things the participants comment on is that in a simulator, you have to keep your situational awareness, because unlike in the airplane, the instructor can fail the engine with a keystroke—they don’t have to reach across the cockpit and very obviously pull the throttle to idle. (Pro-tip: When the engine in the actual aircraft loses power, the throttle usually stays in.)

The PPC is open all week during EAA AirVenture and will be offering different scenarios each day.