The TBM 930 Is Another Daher Masterpiece 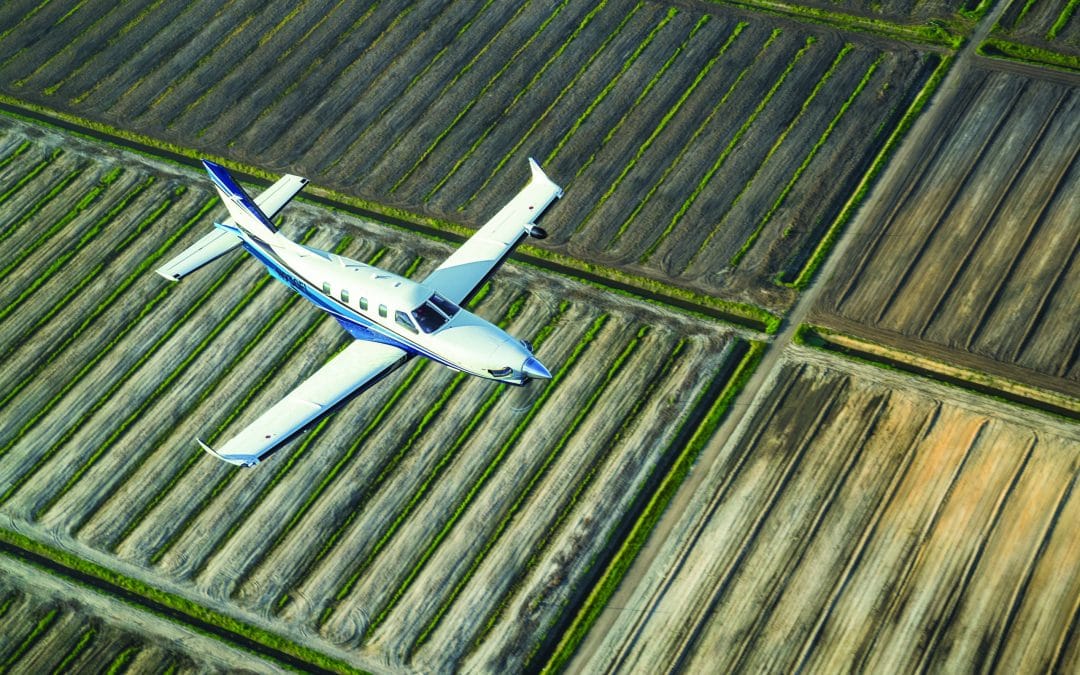 Daher’s TBM family of airplanes has attracted a cult following of passionate owners — nearly 800 of them and counting since the original TBM 700 emerged almost 30 years ago — for reasons that should be a mystery to no one. Distilled to their essence, the current production TBM 900 and the brand-new TBM 930 hold the distinction of being the fastest single-engine production airplanes in existence. They can operate from remarkably short runways and have the range to skip intermediate fuel stops required of lesser airplanes. Inside, the 930 is stylish and comfortable with room for six in an elegantly remodeled Elite interior that rivals those of many light jets. It’s not hyperbole to proclaim this is the best TBM yet.

The biggest change to the 930, of course, is the addition of its version of Garmin’s G3000 avionics, the same system found in various forms today in the HondaJet, Cessna M2 and CJ3+, Embraer Phenom 300, Cirrus Vision Jet and Piper M600. Besides including two user-friendly touchscreens for interfacing with the avionics, technology enhancements to the TBM 930 also bring Garmin’s electronic stability protection (ESP), underspeed protection (USP), emergency descent mode (EDM), and voice warnings for stalls, landing-gear extension, overspeed and cabin pressure, which replace beeps, horns and chimes used before with attention-grabbing verbal warnings such as “stall, stall,” “check gear” and “use oxygen mask.”

Putting the 930 to the Test

For pilots accustomed to flying earlier TBM 700 and 850 models, one of the biggest differences you’ll note is the additional power available for takeoff, made possible by the addition of winglets on the 900 and now the 930. They improve controllability in the takeoff configuration, permitting an increase in takeoff power from 700 shp previously to 850 shp. That difference in available power was readily apparent as I advanced the power lever for departure from Pompano Beach Airport’s 3,500-foot-long Runway 10 and made the turnout toward Lakeland, Florida. Besides noticeably better initial acceleration, the takeoff roll was shorter than in the previous models.

With two aboard and midfuel, we rocketed to our cruising altitude of FL 280. Even with the moderately warm ISA-plus-13 temperature on this summer morning in South Florida, we saw an initial rate of climb of 2,400 fpm, and later 1,700 fpm as we climbed into the flight levels. We reached 28,000 feet in just 21 minutes, even with ATC initially directing us to level off at 2,000 feet. We were limited to FL 280 only because this brand-new TBM 930 did not yet have approval for operations in RVSM airspace. The TBM’s max operating altitude with RVSM approval is 31,000 feet. Still, the TBM 930’s Pratt & Whitney PT6A-66D engine loves life in the mid-20s, and the performance we saw at FL 280 was impressive.

Now well above the clouds and headed northwest toward Lakeland, I left the power up and watched as we accelerated to 323 ktas, quite a bit faster than the original TBM 700 and 850 — and faster by more than 60 knots than the Pilatus PC-12 and Piper M600, the turboprop singles that bracket the TBM 930 in the market. At max power, we were burning 60 gallons an hour — not bad at all for an airplane that is the near performance rival of many light jets.

Max range at economy power setting with four adults on board is 1,466 nm, though I’d imagine owners will more typically flight plan for 1,200 nm legs at max cruise speed (or somewhat slower), leaving them with a comfortable hour-and-a-halfish fuel reserve.

Apart from the winglets, which reduce drag and improve low-speed handling, another secret to the TBM 900 and 930’s success is a five-blade Hartzell composite prop, which contributes to shorter takeoff distances, faster climbs and higher cruise speed. Daher engineers also cleaned up the airframe, extensively redesigning the cowling, now constructed of carbon fiber, to cut drag and improve engine cooling.

The 900 and 930 retain the same PT6A-66D engine as the TBM 850, but a new torque limiter provides improved flat-rated power. The combination of a new single-lever power control, which combines thrust, propeller and condition levers, and auto-starter shut-off make the TBM 900 and 930 dirt simple to manage. The power lever is an ingenious design that incorporates a beefy single lever in an h pattern; after engine start, it slides to the left to serve as the thrust lever. Starting the engine is a simple matter of turning the overhead start switch “on,” waiting for 13 percent Ng and moving the power lever into the low-idle position. Within 28 seconds the starter cuts out automatically, and by 40 seconds ITT has stabilized and the start is complete. There’s no full-authority digital engine control (fadec) on a PT6, but it’s as easy to manage as a non-fadec turbine engine can get.

Before reaching Lakeland, we asked ATC for a block of airspace to do some airwork. At 28,000 feet, the 930 was a pleasure to hand-fly, with excellent roll rate, a solid feel and harmonized controls. Next, my host, TBM demo pilot Wayman Luy, suggested we take the express elevator to a lower VFR altitude for a demonstration of the G3000 system’s built-in safety features.

I’ve done 6,000 fpm down over the Swiss Alps in a Premier I light jet, but even that ride paled in comparison to the TBM 930’s diving ability in the simulated emergency descent. I pushed the nose over and pulled the power to idle. Wayman suggested a steeper descent. I complied by easing the nose more sharply lower, pointing it at the bluish-green water of Lake Okeechobee far below. As speed climbed toward the 930’s Mmo of 271 kias, the VSI was pegged at a ridiculous 9,200 fpm. Maybe it was the adrenaline rush from that roller-coaster ride, but I don’t even recall my ears popping in the descent.

Leveling at 4,500 feet, I performed a series of steep turns, slow flight, an imminent stall with gear and flaps down, and a power-on stall. As the stall approaches, the G3000’s USP feature, linked to the angle of attack computer, comes alive as it automatically commands the autopilot servos to lower the nose. ESP, meanwhile, will attempt to return the airplane to level flight if bank or pitch angle limits are exceeded.

Two of the enhanced safety features of the G3000 were incorporated into the 930 in response to fatal accidents. In one case, a pilot descended from 28,000 feet to 15,000 feet but forgot to add power. Speed decayed until the airplane stalled and crashed. With the G3000’s USP feature, the airplane will descend automatically if you don’t add power. If you do nothing to correct the situation, you might still crash, but you will do so more or less under control.

EDM, meanwhile, was incorporated as a result of a TBM 900 crash that killed a couple known well in the TBM owner community, Larry and Jane Glazer, after a suspected loss of cabin pressure at FL 280 while flying over Georgia, headed for Florida. EDM in the 930 will automatically descend the airplane if you lose cabin pressurization, in which case the autopilot will command a 90-degree turn left — to get off the airway and make it clear to ATC something is wrong — and a descent at Vmo to 15,000 feet.

Details new to the latest TBM models, such as its sleeker airstair door, may seem like small touches, but they add up to big improvements. [Photo: Jon Whittle]

The G3000 system is a big improvement over the G1000 thanks to its integrated touchscreens, which permit the pilot to perform nearly all interactions with the system on its smart and shallow menu architecture. The package includes three high-resolution flight displays (which are not touchscreens), each of which allows for numerous split-screen presentations that let you put information right where you want it. Synthetic vision, of course, is standard. Below the flight displays are the two Garmin GTC 580 touch controllers, placed in landscape presentation to better fit the panel space. A Mid-Continent electronic standby instrument is standard equipment.

Interestingly, Daher has opted to continue offering the G1000-equipped TBM 900 alongside the 930. Customers can even decide whether they want a 900 or 930 a mere eight weeks before they plan to take delivery since, besides the difference in avionics, the airplanes are identical. The price for the TBM 930 is $4.099 million versus $3.889 million for a new 900. Standard features of both models include ADS-B Out capability, flight data recorders, and XM weather and music.

Next, we headed to Airglades Airport (2IS) in Central Florida for takeoffs and landings on its 5,900-by-75-foot runway. The 930 is easy to land, requiring a gentle easing off of the power coming over the numbers at 85 knots and a round out to fly the airplane onto the runway with slightly increased back pressure just before the mains touch. Ample reverse thrust will stop the airplane in a hurry. The book lists a landing distance of 2,430 feet over a 50-foot obstacle, making this a great airplane to take to remote airstrips that can put you on the doorstep to unforgettable adventures.

Heading back to Pompano Beach, I hand-flew an RNAV LPV approach followed by a quick circuit in the pattern before heading back in for shutdown and debriefing. A second flight was conducted days later for the gorgeous photos that accompany this article. That job was made all the easier by the fact that the TBM 930, with its aggressive lines and nicely integrated winglets, is such a handsome airplane.

Inside, the TBM’s Elite interior has been completely restyled with leather seats available in your choice of 32 colors. Jon Whittle

It’s just as striking on the inside and a marked improvement over the TBM 850 thanks to interior details introduced to the 900 and 930 for 2016. Carpeting is thicker, wood and carbon-fiber accents are more attractive, and the airstair has a more stylish look. They are small improvements, but they add in a big way to the total package, which is one of refinement and class. There are two climate zones, one for pilots and one for passengers. Also, the seats in the main cabin can be arranged to face backward or forward, or they can be quickly removed if you need to carry bulky items. Daher also offers an enclosed toilet, a nice option for an airplane that can travel as far as the 930. A change buyers love is the addition of an optional pilotside door, which makes entry and exit much easier than clawing through the cabin.

Daher is upping its game on the support side as well by providing free initial flight training at Simcom in Orlando, Florida; five years of free maintenance (covering everything except tires and brakes); a five-year, tip-to-tail warranty; and a five-year subscription to electronic maintenance management through CAMP. In addition, Daher offers a number of free iPad apps and a customer website with free access to all the documentation that comes with the airplane, including the POH and maintenance manuals. All U.S. buyers are also offered the opportunity to ride along on the delivery ferry flight from the factory in Tarbes, France, offering a good introduction to the airplane over several days alongside a professional pilot.

An option buyers are quickly learning to love is the TBM’s pilotside door, which allows for easy entry and exit without the need to clamber through the passenger compartment. Jon Whittle

There’s little question that the TBM’s legion of fans will continue to rave about this latest version of the French airplane, despite a marginally higher price tag. Many buyers, I suspect, could afford to buy a fleet of TBMs or a top-of-the-line business jet — i.e., money really is no object — but they choose to fly the TBM for its unique performance attributes, refined build quality and exceptional handling. It’s an airplane you can fly long distances at near-light-jet speeds into an exponentially greater number of runways. Now, thanks to improvements in the cockpit and cabin introduced with the 930, the latest TBM is also the most technologically advanced and comfortable version ever. That’s a potent combination, and one we expect will excel in the market.

The post The TBM 930 Is Another Daher Masterpiece appeared first on FLYING Magazine.