The Wing Derringer: A ‘Sports Car’ of the Aircraft World 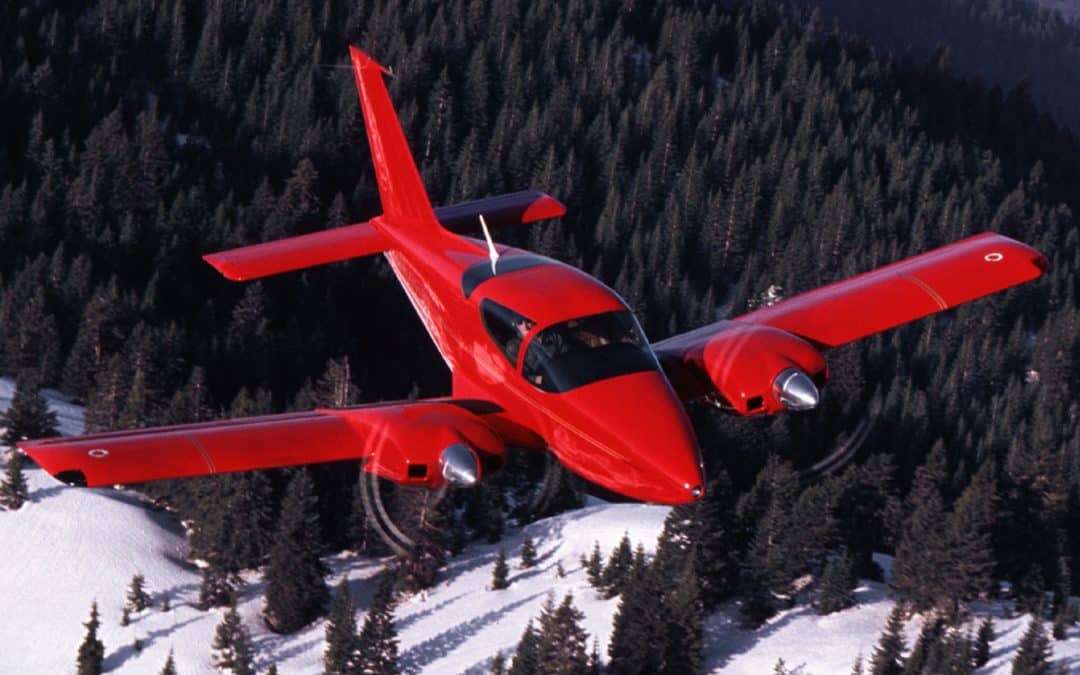 Multiengine piston aircraft generally share certain characteristics. Compared with their single-engine counterparts, they are heavier, more complex, and they demand significantly more maintenance. Fuel burn and oil consumption is, predictably, twice that of a comparable single.

They also tend to be larger aircraft. With the exception of a few light twins like the Piper Seminole and Beechcraft Duchess that are mostly utilized for multiengine training, the majority are equipped with six-cylinder engines and seat four to six people. Maximum takeoff weights range from around 4,000 pounds to over 5,000 pounds.

In exchange for the increased weight, size, and complexity, twins offer redundancy. When paired with a trained and proficient pilot, this equates to a safer aircraft, suitable for overwater flight beyond glide distance from shore and for flights over inhospitable terrain. Provided the owner is undeterred by the higher ownership and operating costs, the tradeoff can be compelling.

But what about an owner who typically travels alone or with just one passenger? In order to enjoy the advantages of a twin, these individuals must fly around with more airplane than necessary, the unfilled cargo space and unoccupied seats increasing fuel consumption and operating costs with no corresponding benefits.

In 1960, entrepreneur George Wing observed this conundrum and crafted a solution. Using John Thorpe’s small, single-engine Sky Skooter as inspiration, he teamed up with Thorpe to create a compact, two-place twin. After experimenting with various engines, the team ultimately certified and produced this aircraft, the Wing Derringer.

The most notable characteristic of the Derringer is the size. The 29-foot, 2-inch wingspan is four feet less than that of a Cessna 150, and it has less wing area than a Piper Tomahawk. Weights are nearly identical to a Cessna 182, with an empty weight of 2,070 pounds and a maximum weight of 3,050 pounds.

Tiny as it may be for a twin, Wing ensured it would be a comfortable, roomy performer. The 44-inch wide cabin is 2 inches wider than a Cessna 182, and the massive baggage compartment behind the seats has a weight capacity of 250 pounds. The unique canopy lifts up and back to provide access to the cabin. After closing the canopy, the pilot activates an air pump that inflates a seal to minimize cabin noise.

To maximize space in the cockpit, traditional throttle and propeller levers are mounted on a central quadrant, while the mixtures are controlled by vernier knobs mounted on the right side of the panel. Ample space is provided for avionics.

With twin 160 hp Lycoming IO-320 engines, the Derringer can cruise at 182 knots while burning 15.8 gallons per hour. With the fuel tanks filled to their 87-gallon capacity, this provides 5.5 hours of endurance, providing a theoretical, no-wind fuel economy of 11.5 nm per gallon

Quick as the Derringer is, it’s regarded as straightforward to handle. Stall speed is 63 knots in landing configuration, and blue line (best single-engine rate of climb) is 110 mph. In 1981, FLYING’s Peter Garrison found that when flying at blue line, “asymmetrical thrust produces so little slip that one can fly the airplane comfortably with aileron alone.”

Unfortunately, as is so often the case, business struggles kept the Derringer from entering full-scale production. Ultimately, only 12 examples were built, with seven remaining on the FAA register today. With so few built, owners are forced to get creative when Derringer-specific airframe parts are needed.

Derringer owners treasure their rare aircraft and work together to keep them airworthy. [Photo: Jason McDowell]

When an owner finds him/herself in need of such a part, they solicit bids from fabricators to remanufacture a handful from scratch. They then reach out to the other Derringer owners, and the rest of the group takes advantage of the quantity discount to obtain and stockpile the part for future use. They also keep in touch and exchange expertise to help keep the fleet airworthy.

Over the years, multiple entities have attempted to resurrect the Derringer, without success. The most recent holder of the type certificate is Emerald Enterprises LTD. As of July 7 of this year, the FAA has announced its intent to designate the type certificate as abandoned and make the related engineering data available upon request, a move that could help owners with the fabrication of replacement parts.

While Wing’s original vision of widespread Derringer production never reached fruition, this small group certainly appreciates the airplane. Many use it just as intended, as an economical means of travel with the redundancy of two engines. And it’s doubtful any of them can resist a look back at the sporty machine as they walk away after a flight.

The post The Wing Derringer: A ‘Sports Car’ of the Aircraft World appeared first on FLYING Magazine.