Things to Think About When Moving Up to a Light Twin 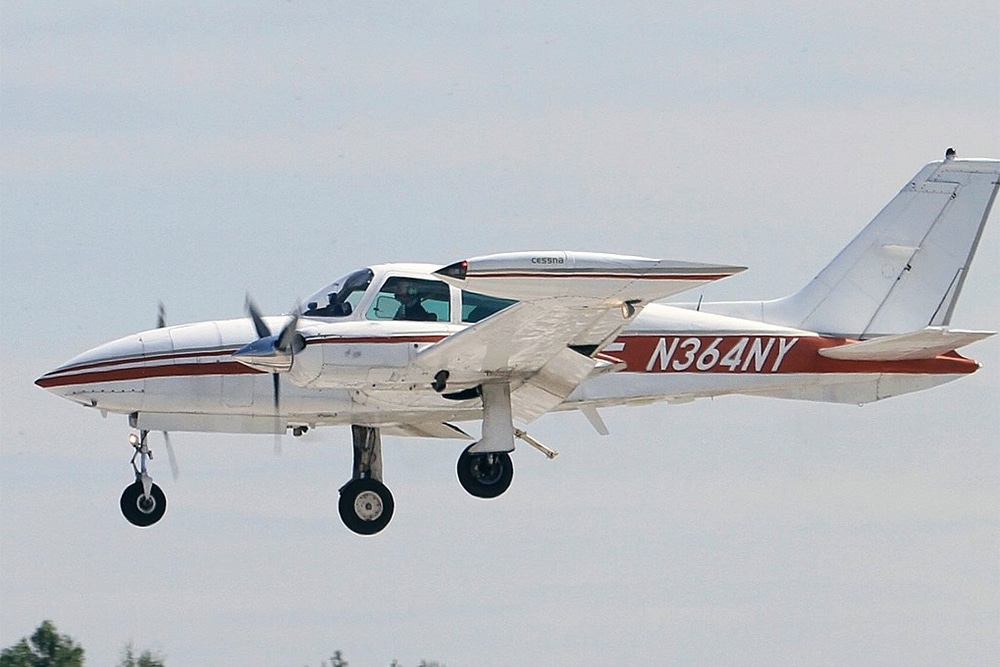 There is something about twin-engine airplanes that excites private pilots, compelling them to spend hours at Trade-A-Plane, Controller and other aircraft marketplaces, sifting through ads for Cessna 310s and Ted Smith Aerostars.

While some of the interest may be rooted in aviation pop-culture fantasy, ranging from the 1950s television series “Sky King” to the 2017 film “American Made,” there are several considered reasons for wanting the extra performance that a second engine brings. These include the desire for increased speed, load-carrying capacity and safety, with added cost as the expected tradeoff.

To see how these factors shake out, I compared the performance figures of a number of twins with high-performance singles. I also delved into experience to help realistically assess how the differences between one engine and two may affect pilots.

I have heard pilots say that a twin’s second engine is needed to pull its own weight and overcome its own drag with little power left over. They are joking, but doubling the engines certainly does not double the speed.

You might have to raise your personal standards as a pilot accordingly to avoid being outclassed by your airplane.

It is true that light twins tend to have higher cruising speeds than singles, but often they are only slightly faster, and speeds vary widely among different twin models. Some with smaller engines may only reach the 150-knot range in cruise, which many singles can top.

Based on the pilot’s operating handbook, an early 1970s Cessna 310 will cruise at 189 knots at 6,500 feet while the Cessna 210, the company’s flagship fast single, cruises at 170 knots. Cessna built both models for decades, from the 1950s to the 1980s, and performance varied as they developed. But the 310 was always a bit faster.

There is more than speed for pilots to consider. The 210 is 1,700 pounds lighter than the 310 and is likely to perform better in short- and soft-field operations. As always, pilots have to consider which aircraft is best-suited to the mission.

With standard tanks full, the 310 has a useful load of 1,285 pounds compared with 1,041 for the 210. Yes, again, the twin has the advantage, but the pilot in each six-seat machine will have to carefully juggle passengers, baggage and fuel to keep weight and balance within limits.

Rarely can one fill the seats and the tanks in a GA airplane and still take off legally. The 310 makes it with 145 pounds to spare, based on the FAA’s standard estimated weight of 190 pounds for a passenger and carry-on bag in the summertime (195 pounds in winter). The 210 would have to lose one passenger, shed some bags or make do with less fuel.

This is a controversial topic. Most pilots are likely to agree that redundancy in general increases safety, whether in the form of dual magnetos, back-up instruments or a hand crank for lowering the landing gear. But when it comes to a second engine, the same people might debate for days.

Flying a twin on one engine is a demanding task that requires training and practice to get right, especially in full-power situations like takeoff, which is when engines are more likely to fail.

When an engine quits in a twin, the pilot may have the option to continue flying to the next airport or even to their destination, while the pilot of a single is typically faced with an emergency off-field landing. This gives the twin an advantage, especially over water, mountainous terrain, or at night. But the situation is almost never that simple.

Flying a twin on one engine is a demanding task that requires training and practice to get right, especially in full-power situations like takeoff, which is when engines are more likely to fail. You have to adjust pitch to maintain enough speed to control the aircraft on one engine, keeping it straight with the rudder while quickly raising the landing gear and flaps if they aren’t up already.

Next, you have to secure the failed engine, which entails feathering the propeller to reduce drag, then establish a shallow bank toward the operating engine, sometimes called “raising the dead,” to eliminate the drag of any sideslip. Done properly, the procedure takes about 20 seconds or less, but getting it wrong is often fatal.

While twins are not twice as fast as singles, some owners will tell you they can wind up costing twice as much. Even though twins are often advertised at seemingly low purchase prices, they can get expensive once you start using them. Their complex systems cost more to maintain than those of singles, there are two engines to overhaul and they can burn roughly twice as much fuel.

The hardest hit might come from your insurance company, which will almost certainly require a minimum number of hours of multiengine time and time in your particular type before insuring you to fly solo. You might have to take annual or semiannual recurrent training, which is a good idea anyway. Terms vary widely so it often pays to shop around and compare policies.

I think it is safe to say that for most pilots flying a high-performance single is a more sensible, practical goal than a light twin. But if a twin makes sense for your mission and you are determined to have one, you should remember that you are taking a significant step up. You might have to raise your personal standards as a pilot accordingly to avoid being outclassed by your airplane.

The post Things to Think About When Moving Up to a Light Twin appeared first on FLYING Magazine.