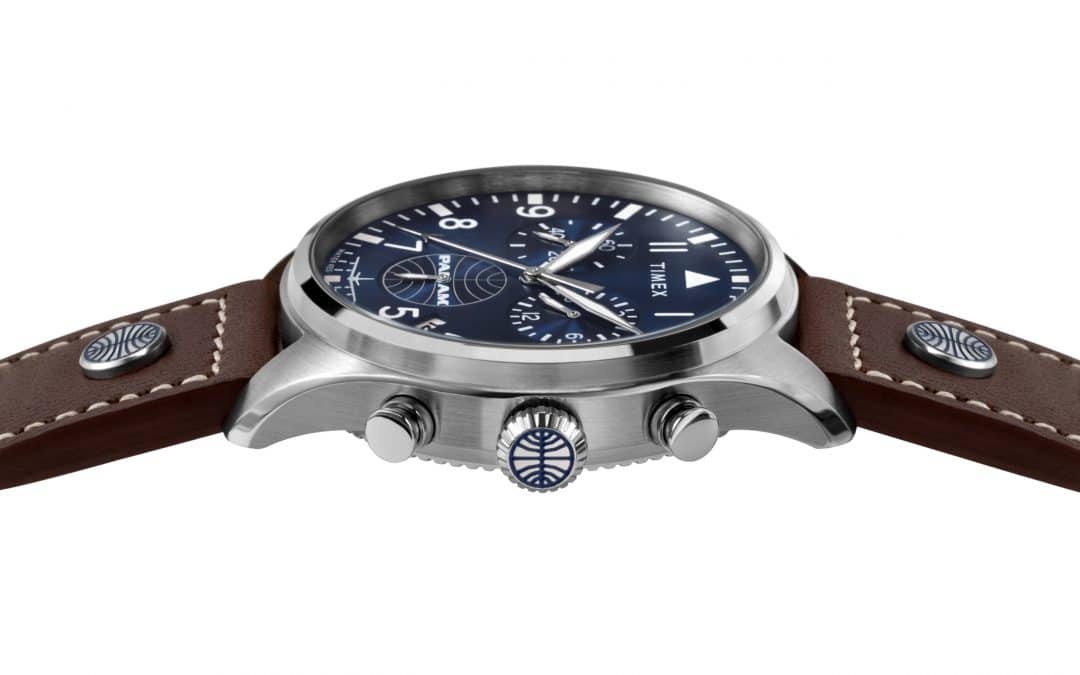 Watchmaker Timex launched its Pan Am collection of analog watches with sales beginning today on Timex.com.

The designs are meant in part to evoke the innovation, adventure, and glamor that Pan American World Airways represented. The company’s trans-pacific Clipper flying boats, built by Martin, Boeing (NYSE: BA), and Sikorsky (NYSE: LMT), drove air travel to new heights before the network of land-based airports had evolved to handle heavy transport.

By the 1960s, the “Jet Age” was booming and Pan Am became known for its advanced fleet of jet airliners, including the Boeing 707 and 727, and the Douglas DC-8. The airline was also regarded often as the unofficial flag-carrier of the United States, and set standards for service and prestige.

The lineup of Pan Am-themed watches features the 42-millimeter stainless-steel case used for Timex’s Waterbury series of traditional watches and an easy-to-read face with clear arabic numerals on a navy blue dial that pioneering pilots conducting dangerous flights could have appreciated.

The new watches also come with either a day and date function or a chronograph, and a brown leather band decorated with Pan Am’s classic globe logo. They are water-resistant to 50 meters and cost $179 for the day/date model and $219 for the chronograph version.