To Dream The Irrational Dreams 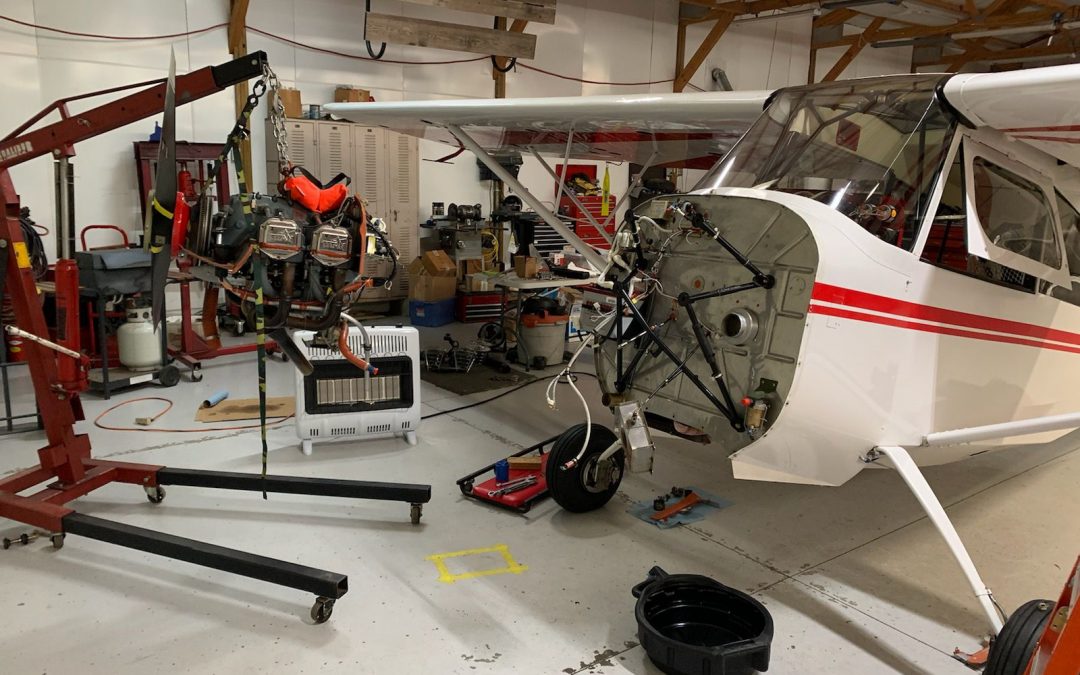 Aviation’s Owning v. Renting debate is a rite of spring, best enjoyed while listening to Stravinsky on your Sixty-Eight Firebird’s 8-track in the FBO parking lot as you consider whether to buy a Cirrus (sweet) or rent a Cessna (dependable). Tough decision, but perhaps a sprig of fractured Hamlet will clarify the choice: “To be or not to be an airplane owner. Whether ‘tis nobler to suffer the slings and arrows of outrageous fortunes showered on insurance, maintenance, and hangars, or eschew the thousand unnatural shocks that ownership is heir to and give pause to mask the true costs by renting from the FBO who is painfully aware of reality?” That is the question, which will never be answered, but let’s throw down the gauntlet to see who retrieves it.

Over the past 45 years I’ve owned 6.2 airplanes, which is one airplane every 87 months. Included in the madness: Bonanza, Stitts, Cherokee, Marquart, TriPacer (no snickering; damn fine airplane), Citabria, and Champ. The Tripe had five partners sharing ownership duties, meaning one guy did all the work, allowing the rest of us to fly and complain when something broke. As sole owner of the Citabria and Champ, I assume all costs and despite my experience, I have—yet again—managed to schedule both to be down for simultaneous annual inspections. You’d think I’d learn, but I don’t and likely never will. When asked why I own two airplanes, I reply with a straight face (not easy when you have Bell’s Palsy, as I do), “One needs a second airplane in order to retrieve parts for the other.”

There’s nothing rational about flight, but once we accept that premise—and I wholeheartedly do—then embracing the many lunacies that accompany an unfettered passion becomes routine. Love has that power. For instance, I recently spent $13,000 on my Champ’s annual inspection. I realize Cessna 210 owners shrug at such a low bill, but that’s more than double what I paid for the airplane in 1982. Granted, inflation deflates my indignation, and included in the $13K are four new Millennium cylinders that so far are performing well. Curiously, when you rebuild a vintage engine, even using new parts, performance enhancement is negligible. It’s still a 65-HP Champ, practically perfect in every way, provided I keep replacing parts, which lances a long festering aviation boil.

I can’t list all the STC’d gewgaws I’ve installed in my airplanes that came with explicit or implicit claims of being direct replacements for original equipment. Just pop out the old, slide in the new, season to taste, and you’re back in the saddle before the mechanic can say, “Um, this doesn’t fit ….” Consider two recent examples.

The new Millennium cylinders look great, work fine and are legitimate replacements for the original Continental 65s, which are difficult to find and more challenging to find shops willing to hone new life into worn out jugs. Millenniums are STC’d as direct replacements. Except, as we discovered during installation, the heads are slightly larger than the originals, requiring modifications to the baffling and lower cowling. Cut, snip, file, patch, grumble, repeat, until the new cylinders directly replaced the old. Billable time consuming but doable. The Champ has returned to service, and everyone’s happy, especially the mechanic who gets to roll that juicy 210 into the shop.

Meanwhile, the parallel universe Citabria maintenance got a little out of hand. At the completion of previous budget-defying annuals I’ve muttered to amused mechanics, “At least next year it won’t be this extensive or expensive.” That’s rarely the case. The 7ECA Citabria has been eating up rubber engine mount bushings since I bought it five years ago. American Champion Aircraft (ACA) provides good tech support and suggested I buy a new, beefier conical engine mount. Not too expensive but, unfortunately, not in stock so “give us four weeks to fabricate one in any color so long as its black.”  Into the third week of waiting, but hope and rationalization spring eternal, and with luck I’ll fly before spring 2023.

After placing the order, I felt giddy with fantasies of flight behind an engine that wouldn’t lose its grip, when the law of unintended consequences poked its beak into my euphoric bubble. Every action in aircraft ownership causes an equal and unforeseen reaction. After ordering the new hardware, we realized that the additional curved tubing that gives the mount its beef also blocks engine baffling vent tubes, there to cool the magnetos. ACA tech support anticipated my follow-up call and added appropriately modified baffling to the order.

During the downtime, we decided to replace the incandescent position light in the rudder with a new Whelen LED position light and strobe combo that I inferred was a direct replacement for the old fixture. Simply unfasten two rusty screws, remove the current unit, reconnect the forty-year-old wires, and slide in the direct replacement, which … didn’t come close to fitting. No problem, Aircraft Spruce is excellent about returns, and within days I had a smaller, TSO’d AeroLEDs SunTail that resembles the backup light on a Fifty-Six Mercury. It fits the aperture, and after hours of rewiring, directly replaced the old. So, while I await ACA’s mas macho engine mount, which I’m certain will slide into place without any adjustments, I can flash the Fifties-retro tail strobe at hangar wags who taunt, “An annual inspection is intended to be performed every year, not all year.” Let them laugh. I’ll sleep, perchance to dream of sunset flights with my new strobe blinding those who dare get on my six, firing salvos of unwelcome reality.

Aviation has always required blending lofty expectations with bucketsful of unknowns tossed into the slurry. I offer no insight to the Owning v. Renting discussion because rationalizing ownership is a fool’s errand, but here’s the rub. No bigger fool than I will repeatedly take up that gauntlet and fly with dogged optimism into the sunlit uplands of delusion. See you up there.

The post To Dream The Irrational Dreams appeared first on AVweb.