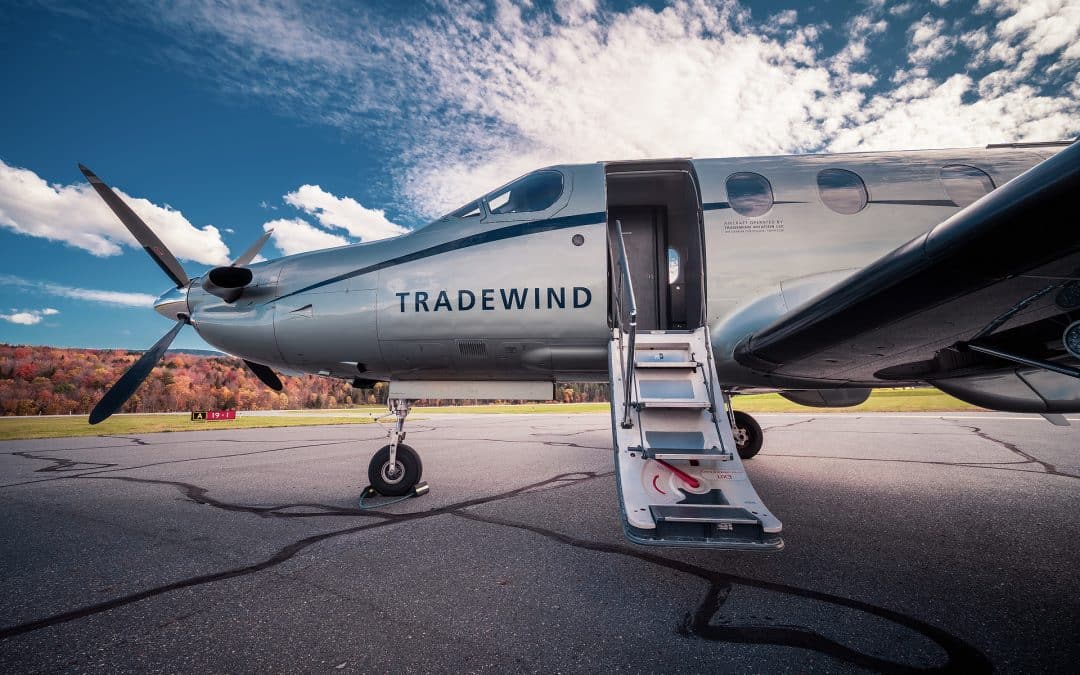 Earlier this year, FLYING spoke with Eric Zipkin, CEO of Tradewind Aviation, to take the temperature of the charter jet market. During that interview, Zipkin shared how his Connecticut-based company was adjusting to shifting work-from-anywhere trends and increasing demand for private aviation. In early March, Tradewind Aviation announced that it was ordering 20 PC-12 NGX turboprops from Pilatus to bolster its fleet.

Since early spring, however, the world has changed. The global economy has been awash with the ripple effects of the Russian-Ukraine conflict that began at the end of February. That crisis is still playing out. So far, it has affected the fuel market by sending prices surging. It has also affected aircraft ownership and insurance premiums; and losing Russia from the marketplace as the world emerged from the pandemic has caused various supply and demand challenges that may also contribute to a global recession.

Throughout this time, however, the increasing adoption of private aviation as the preferred means of travel for those who can afford it has not waned. At least, that was Zipkin’s sentiment when FLYING caught up with the business owner and operator in October.

“Since we last spoke, people have continued to fly private, writ large, whether for personal reasons or business,” Zipkin said, adding that there are some caveats. “People’s travel patterns are moving slightly back to where they were before. Whereas people would be much more willing to travel in the middle of the week for leisure because they could be remote or weren’t expected to be in an office, that’s changing a little bit.”

READ MORE: Are Aviation Businesses About To Face Headwinds? Not So Fast

What he shares is consistent with a return to office initiatives many companies have been pushing and business travel trends that FLYING reported in September. For instance, WingX said that during August, operators in North America traveled just 1 percent more than they did in 2021—a possible indication that while activity was still robust, it may have reached the top. In that report, WingX said business jet activity fell 4 percent by late August, and charter activity decreased by 8 percent. So far, that trend has held through November, though there were some slumps in October, WingX reported Friday.

No Slowdown in Business Travel for Tradewind

For Tradewind, Zipkin explained that business travel demand appears to be still robust.

“People are still taking advantage of being able to work remotely, which means they’re spending maybe long weekends in Nantucket, but the center of gravity is shifting back towards the workplace,” he said.

Additionally, Zipkin said people who have acquired a taste for private aviation because of its privacy, efficiency, and convenience, compared to commercial airline travel, have had a hard time returning to the airlines. It’s similar to what Éric Martel, president and CEO of Bombardier, told investors in August: “With every passing month of airport and flight schedule disruption, business [aviation] travel becomes a more appealing option.”

According to Zipkin, even as the pendulum swings back to more time in the office, customers are now more likely to tap into business aviation when they have to go on business trips. Also in Tradewind’s favor is its ability to offer that option to corporate customers at an affordable price point, Zipkin reasons, even as the broader economy slows and companies start to cut costs.

“What you’re seeing is the small, mid-size companies realize that to take advantage of private aviation, they don’t have to do that in Gulfstreams—they can use a Pilatus,” Zipkin explained, and points to this as one reason why demand—at least for Tradewind—hasn’t waned. “We allow people to have all the benefits of business aviation at one of the most efficient prices. In terms of value proposition, the PC-12 is about as good as it gets.” So, while he believes there is a high probability of a recession, Zipkin said people who use private aviation tend to be more insulated.

The biggest challenge ahead is finding pilots, especially for business aviation. Zipkin makes the case that airlines, attempting to regain pre-pandemic flight levels, have ramped up pilot recruiting by offering lucrative pay and benefits, making it hard for private aviation to compete. To address this challenge, Tradewind has positioned itself as a partner in JetBlue’s pilot gateway program, which at least ensures a stream of pilots will still flow through the charter company before possibly moving on to the larger carrier.

Positioned for the Future

Tradewind is also trying to stay balanced in meeting demand, Zipkin said. In the broader economy, during the pandemic, many companies mistook a spike in demand for their goods and services as a structural shift. In turn, they ramped up their capacity, only to discover that they got too large too quickly. For a charter company, that could be costly, as it would mean expanding a fleet too much or hiring too many people.

By contrast, Tradewind has taken a measured approach instead of overextending itself, Zipkin told FLYING, adding that the company has focused on the customer experience to encourage loyalty, even if things slow down.

“This is a long game,” Zipkin said. “There are a number of places out there that are playing the short game to grow, but we’re in the service business, and if you don’t provide service each and every time, you’re done.”