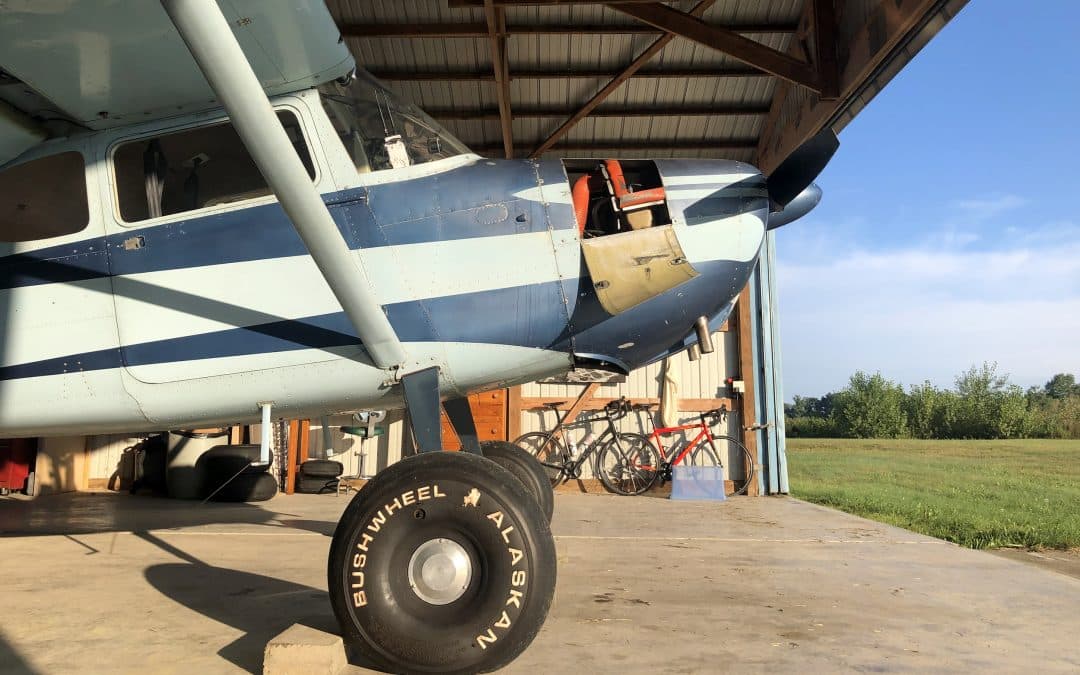 If I’m being honest with myself, at least half of my planned aircraft modifications are wholly unnecessary for the kind of flying I do. From STOL kits to big tires to better propellers, these are all fairly expensive mods, and the money could just as easily be spent on prudent things, like mortgage payments and retirement accounts. Justification for these goodies is decidedly less mature, however, and usually involves theoretical post-apocalyptic scenarios that may or may not involve zombies.

In my mind’s eye, civilization is crumbling and good people need saving. Having already set up my own residence and airstrip on some remote sliver of northern Michigan shoreline, I set out every week to scout for supplies and search for other survivors. Accessing these places will require the aforementioned STOL and off-airport modifications. Purchasing them is, therefore, necessary to my survival.

That’s what I tell myself, anyway.

In reality, I’m an exceedingly mediocre private pilot with little tailwheel experience and an aversion to strips less than 1,600 feet long. My airplane is far more capable than I am, and has logged almost exactly 10 times more hours than me. And realistically, should any number of apocalyptic scenarios occur, my own lifespan will probably be measured in minutes.

READ MORE: Three Lessons From a Year of Airplane Ownership

Still, outfitting an airplane for intriguing scenarios is good fun. Like motorcyclists modifying their machines for long-distance adventuring or for short rips through the twisties, one can customize their aircraft to accommodate any number of missions. Recognizing that I’d like to eventually explore some of the more challenging uncharted strips in my area, I have been gradually modifying my Cessna 170 accordingly, and one of the first big mods was a set of 26-inch Alaskan Bushwheels.

I didn’t make the upgrade right away. I wanted to conduct a good portion of my tailwheel training on pavement, and given how quickly the big Bushwheels are said to wear out on hard surfaces, I opted to subject my existing 7.00-6 tires to the abuse instead. Although Bushwheels can be ordered in a “heavy-tread” option that is longer-lasting, I still didn’t like the idea of running such expensive tires on pavement unnecessarily.

When the time came to upgrade, it would hit the bank account hard. Big wheels require big brakes, and while my airplane’s single-piston Clevelands worked fine with small tires, double-pistons would be necessary for the big ones. In the interest of avoiding any spacing/interference issues between the brake discs and tires, I ordered the $2,300 wheel/brake kit from Airframes Alaska, the company that manufactures Alaskan Bushwheels.

The big tires provided a smooth ride atop a makeshift grass strip when both permanent runways were closed. [Photo: Jason McDowell]

From there, I began comparing the tires themselves. The three popular options for airplanes like my Cessna 170 are 26-, 29-, and 31-inch Alaskan Bushwheels. They range from $1,695 per tire for basic 26-inch tires to $2,100 per tire for the 31-inch tires. The heavy-tread option provides more durability for occasional hard-surface operations and adds about $200 per tire.

As I was browsing the tire selection, I happened upon a Craigslist ad for some 26-inch heavy-tread Alaskan Bushwheels for sale near me with very little use. I jumped on the opportunity and ended up paying about half the price of brand-new tires. Although I was leaning toward the 29-inch size, I was happy to settle for the smaller tires given the savings.

While waiting for my mechanic to install them as part of my annual, I considered the benefits that I would soon be experiencing. The thin, pliable rubber of the Bushwheels is pillowy soft compared to traditional tires, making most rocks, lumps, holes, and other runway imperfections a non factor. Because the tire itself is a tube, no valve stem pokes through a hole in the wheel. This enables you to run very low, single-digit pressures without any risk of spinning the tire and shearing off a valve stem as you would with a traditional tire.

Bigger tires provide more ground clearance. This keeps your prop farther away from the ground, reducing the likelihood of a prop strike while taking off and landing, or while taxiing across uneven terrain. Considering a prop strike would most likely result in $35,000 to $40,000 in overhaul and repair costs, the tires suddenly seem like cheap insurance.

Big tires also keep the trailing edge of the wing farther away from your forehead; as long as I’m outboard of the flaps, the big tires enable me to walk beneath my wing without ducking my head. To those who have not yet joined the Cessna Diamond Club, this likely seems inconsequential. To the rest of us with trailing-edge flap marks in our foreheads, it’s pretty nice.

When I finally had them installed at my annual, my 170 looked like an entirely different airplane. Gone was the wimpy-looking stock look, and in its place was a beefy, stable stance that looked ready to take on the world. Even though I had gone with the smallest Bushwheels available, it looked like a monster truck in comparison.

The landing characteristics were even more notable. The sight picture had changed, and because the bottoms of the tires were lower than the old ones, a slightly earlier flare/level-off became necessary. Three-point, full-stall landings didn’t feel much different, but with wheel landings, I tended to level off just an instant too late. Fortunately, the tires are soft enough that they simply flex and mush into the ground, and provided the touchdown is gradual, I can barely detect their contact with the ground.

READ MORE: Should Your First Airplane Be a Taildragger?

Soaking Up the Imperfections

I recently had to run a friend to an airport about 50 nm away to pick up his airplane that had been in for annual. This particular airport has two paved runways, and because of construction, each was closed. Fortunately, the airport had mown a temporary grass strip alongside one of the runways, and with my new tires, I didn’t hesitate to use it.

As I trundled down the length of the strip after landing, I could tell the surface wasn’t particularly smooth…but I could also tell the new tires were earning their keep and soaking up the imperfections. Taxiing across some unfamiliar expanses of grass to get to the FBO would have been concerning with the old tires, but the ability of the new ones to safely roll over ruts and gopher holes put me at ease, and I didn’t sweat it.

On the way back, I had to fly over a county or two of rolling farm fields. Having spent some time working in such fields, I knew the soil could be unforgiving. Depending on conditions, the furrows could be soft enough to swallow normal tires or they could be as hard as rock, resembling concrete sidewalk curbs. In either case, massive, low-pressure Bushwheels would legitimately increase the likelihood of walking away from an off-airport landing with little to no damage or injury. More cheap insurance.

READ MORE: Relocating Can Be Complicated When Airplanes Are Involved

For the rest of the flight home, I reflected upon my high-dollar purchase. Was it worth the thousands of dollars I had spent? As a regular private pilot with neither the skill nor the desire to compete in STOL competitions and land on short, mountaintop strips, did they still provide an acceptable return on investment?

They’re worthwhile questions. Having to spend $3,400 to $4,600 for a set of tires seems positively insane, even through the lens of aircraft ownership and unnecessarily expensive parts. It’s just a tremendous amount of money for two tires.

As I pondered this on my flight home, I surveyed the terrain below with newfound confidence, feeling better about the likelihood of saving both myself and the airplane in a forced landing. As the rolling terrain gave way to more hospitable flat fields, I found myself looking forward to my next landing even more than usual. My spindly old 1953 Cessna had become transformed into a flying Tonka truck, and I wanted to play.

Ultimately, I decided that if the four grand simply replaced existing tires, it would be a colossal waste of money. But considering how the Bushwheels provide confidence, capability, and plain old fun, I feel good about my purchase and I’m now a believer.