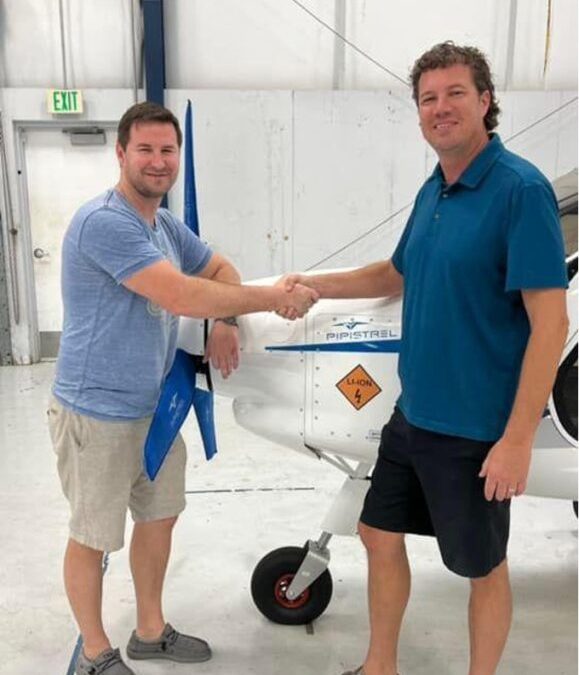 For the first time in the U.S., a student pilot has earned a private pilot certificate using an electric aircraft.

Shane Fisher flew his check ride in a Pipistrel Velis Electro on March 6 at Right Rudder Aviaton’s flight school at Florida’s Inverness Airport (KINF). The two-seat trainer is the world’s first electric-powered airplane to receive a type certificate. It was certificated by EASA in 2020, but in the U.S., it operates under light sport experimental aircraft rules.

“This is a fantastic accomplishment for both Shane and the aviation industry as a whole, as this major milestone demonstrates the exciting possibilities and reality of electric aircraft in the training market here in the U.S.,” Right Rudder said in a statement released Friday.

Fisher, of Ultimate Aviation, has since become a Pipistrel dealer, representing the brand in the Philadelphia area.

The achievement serves as a reminder of recent leaps forward in the development of battery-powered electric aircraft. Textron’s (NYSE: TXT) $235 million purchase of Pipistrel this year speaks volumes about Textron’s view on the future of electric flight.

The airplane has a maximum endurance of 50 minutes, plus reserve, and a maximum recharging time of one to two hours.