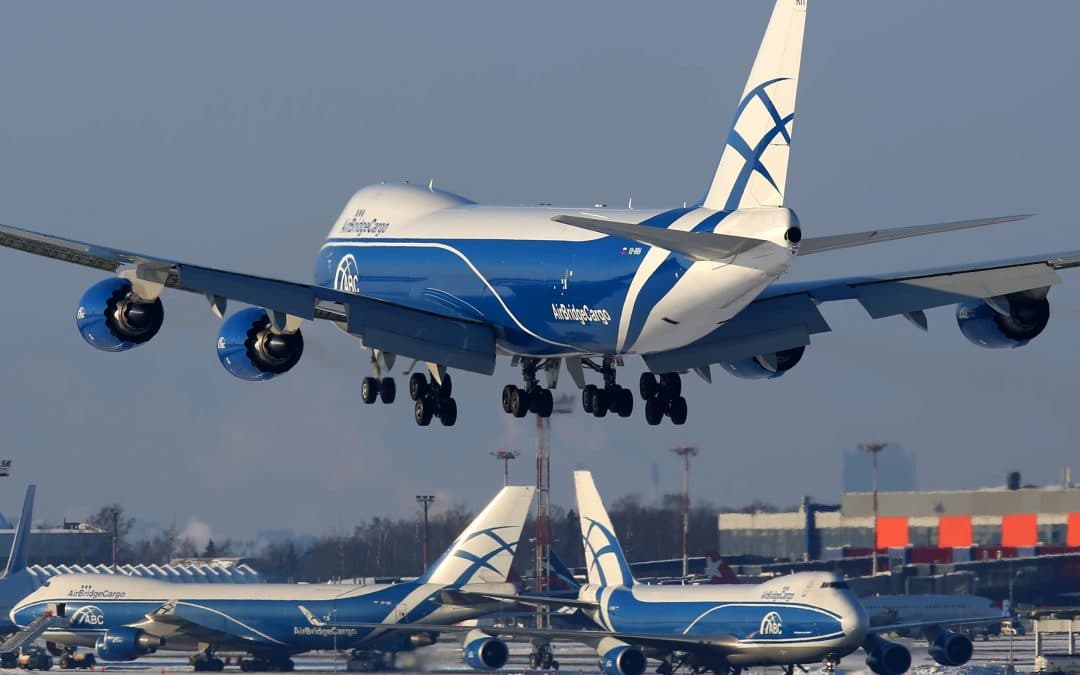 The U.S. government on Friday identified more than 85 Russian aircraft, including a dozen freighters, that have scurried back to Russia to escape sanctions imposed following the invasion of Ukraine and warned that companies assisting such flights are subject to enforcement of secondary sanctions for violating export controls.

In addition to the U.S. closure of airspace to Russian aircraft on March 1, the Commerce Department imposed stringent controls on aviation-related items destined for Russia and Belarus, including new license requirements for aircraft, parts and technology. Any aircraft manufactured in the U.S., or made in a foreign country with more than 25 percent U.S.-origin controlled content, is subject to a license if it is headed to Russia.

“We are publishing this list to put the world on notice—we will not allow Russian and Belarusian companies and oligarchs to travel with impunity in violation of our laws.”

The Bureau of Industry Security (BIS) clarified Friday that any aid to aircraft covered by the sanctions—including refueling, maintenance, repair, provision of spare parts or services, and storage—without authorization is prohibited. The export controls apply to aircraft owned, controlled by, or under charter or lease to Russia or Russian nationals.

Restricting the Russian aircraft from receiving any service has effectively grounded them from flying internationally. Providing prohibited assistance could result in jail time, fines, loss of export privileges or other restrictions, BIS warned.

The agency said AirBridgeCargo, the scheduled cargo airline subsidiary of Volga-Dnepr Group, violated U.S. sanctions by relocating 12 Boeing 747-8 and 747-400 freighters to Russia from third countries. Bans on flights and technology transfers by the United States, European Union and other nations have essentially shuttered Volga-Dnepr’s operations, even in parts of the world where aircraft continue to be allowed because businesses don’t want any regulatory liability for dealing with a sanctioned entity.

The list of aircraft that retreated to Russia against the U.S. order include more than 30 Boeing aircraft operated by Aeroflot and one Gulfstream business jet owned by Russian oligarch Roman Abromovich, the now-banned owner of the Chelsea soccer club in the English Premier League.

“Today, the Department of Commerce is demonstrating the power and reach of the actions we took over the past few weeks in response to Russia’s brutal war of choice against Ukraine,” said Secretary of Commerce Gina Raimondo. “We are publishing this list to put the world on notice—we will not allow Russian and Belarusian companies and oligarchs to travel with impunity in violation of our laws.”

Last week, the European Union Aviation Safety Agency similarly clarified that providing technical assistance and services related to goods and technology suited for aviation use, whether or not they originate in the EU, is prohibited. And any certificate holders are barred from providing any airworthiness support for aircraft registered or designed in Russia.

Bermuda has also suspended airworthiness certificates for Russian aircraft on its registry because of concerns its aviation experts can no longer monitor whether the planes are being properly maintained.

Meanwhile, a Volga-Dnepr An-124-100 super-jumbo freighter continues to be detained by Canadian authorities at Toronto Pearson International Airport.

The plane has been parked in a secure area of the airfield since February 27, when the Canadian government banned Russian-operated aircraft from its airspace, according to Transport Canada and airport officials.

The Canadian flight restrictions don’t apply to the movement of individuals, but a Volga-Dnepr representative said that the crew is still in Canada too.

The Volga-Dnepr flight to Toronto carried 3 million rapid antigen tests from China purchased by Canada’s Department of Public Services and Procurement. It was one of a series of COVID-related missions the cargo airline carried out for the government.

The An-124 is a Russian-era military jet made by the Antonov Design Bureau in the Ukraine. About 60 of them were made, but fewer than half remain in operation. The planes have twin ramps and can carry outsize cargo.