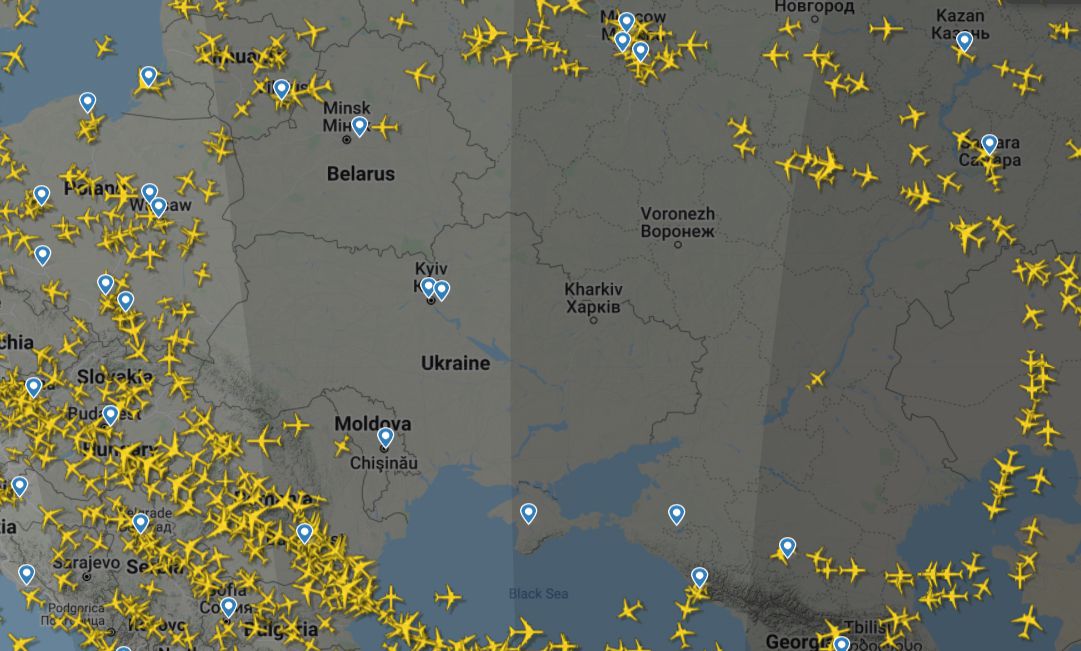 Ukraine closed its airspace to civilian flights following a large-scale Russian attack on the country early Thursday morning. Airspace closure NOTAMs were also published for Ukrainian neighbor Moldova and parts of Belarus and Russia, primarily along the Ukrainian border. The European Union Aviation Safety Agency (EASA) issued a Conflict Zone Information Bulletin (CZIB) for the region, warning civilian operators to stay clear of airspace within 100 NM of the Ukrainian borders.

“Under these circumstances, the aforementioned airspace and critical infrastructure, including airports, are exposed to military activities which result in safety risks for civil aircraft,” EASA said in the CZIB. “In particular, there is a risk of both intentional targeting and misidentification of civil aircraft. The presence and possible use of a wide range of ground and airborne warfare systems poses a HIGH risk for civil flights operating at all altitudes and flight levels.”

It has been reported that at least 75 Russian fixed-wing heavy and medium bombers took part in Thursday’s attack, which also included surface missile launches and incursions by ground troops and tanks. The Ukrainian Defense Ministry stated on Thursday morning that it has shot down six Russian planes and two helicopters, although Russia denies the losses. As previously reported by AVweb, NATO was positioning aerial assets in preparation for a Russian attack on Ukraine earlier this week.