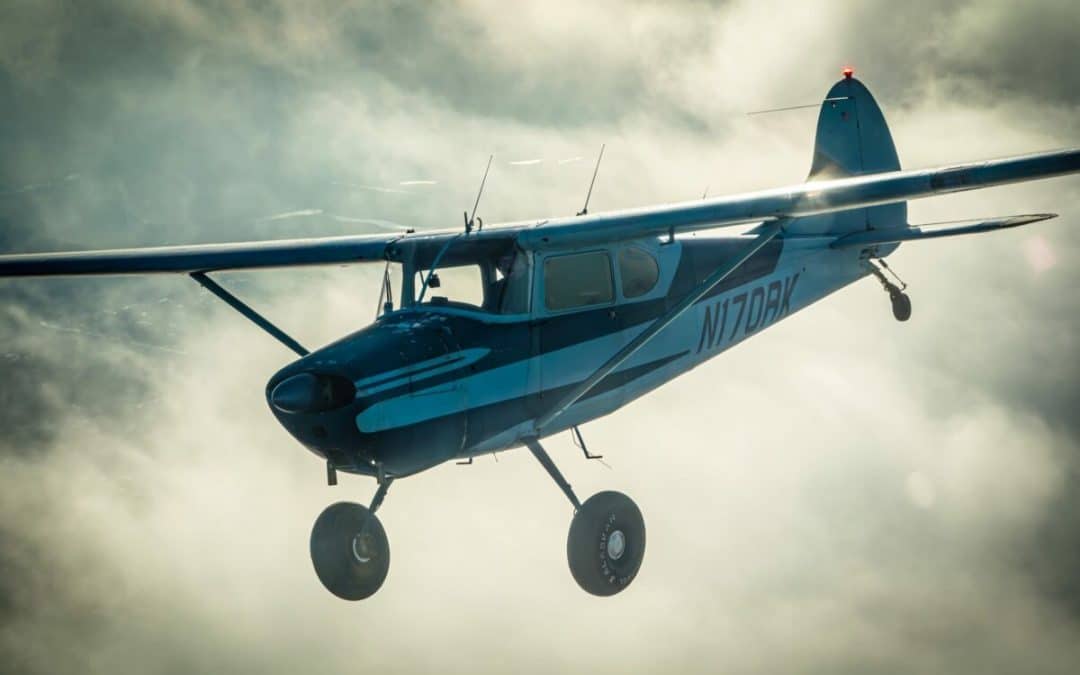 During the initial research phase of aircraft ownership, we seek out justifications for making the purchase. Whether we have to convince ourselves, a significant other, or both, we diligently list each and every one that comes to mind. Vacation transport, training platform, sightseeing machine, commuting solution…no matter how unrealistic, we look for ways in which an airplane can potentially earn its keep.

After the purchase, some of these reasons vaporize into thin air, tenuous from the start and wholly unrealistic in practice. But others that we perhaps never anticipated soon emerge. As I approached a long holiday weekend feeling worn out by life and very much in need of a mental boost, I discovered how an airplane can provide its own unique form of therapy, allowing an owner to escape everyday life and emerge mentally refreshed and reset.

It had been a rough year. Two moves, a career change, dental surgery, multiple broken ribs, the euthanasia of a beloved pet and the loss of a family member had all taken their toll. Finally, just two days before Christmas, the untimely loss of an old friend to cancer tied a giant bow of misery onto the tail end of the year.

Early Friday morning, I reflected upon all of this from the comfort of a warm bed. I had previously mentioned to my friend Jim that I’d like to head down to the airport and do some pattern work that afternoon, but chilly temperatures, muddy conditions, and a dismal mood were making a strong argument for a full day of indoor hibernation. “What a fantastic idea,” the down comforter said as I began to drift back to sleep.

Just a few minutes later, Jim messaged me out of my funk. He remembered what I said, and mentioned he’d fly over for a visit. There was a low cloud layer to contend with, but it was thinning out and the sun was beginning to peek through. The day was beginning to look like it had potential, after all. I extricated myself from bed, showered, had some oatmeal, and headed to the airport.

Jim showed up just as I was finishing my preflight. As we caught up, we saw that the cloud layer had dissipated almost entirely but was still in place off to the east. An accomplished air-to-air photographer, Jim suggested we go up for some formation work and offered to shoot some photos above the cloud layer. Intrigued by a fun mission, I jumped on the opportunity.

Sure enough, as we climbed out from the airport, we saw that everything to the west was clear, and the cloud layer was moving eastward. The sunny conditions were perfect for a photo shoot and promised to provide some dramatic backdrops. Best of all, because everything was so clear to the west, there was no risk of becoming trapped above the layer.

Maintaining a safe and legal distance above the tops, we spent about 15 minutes flying in relatively tight formation. Doing so was easy at first, when the sun was at my back and Jim shot artistic backlit photos. When we turned around, however, the sun was positioned directly behind his airplane, making it difficult to see him clearly. I adjusted my dark translucent sun visors so I could look directly through them and increased my distance for a greater safety margin.

After we wrapped up, we chatted on the frequency for a bit before Jim bade me a good afternoon and flew back to his airport. I took my time returning to mine, meandering over the farm fields and enjoying my time aloft. My sunny aluminum cocoon was toasty warm, nearly as comfy as the bed from which I had extricated myself but with a considerably better view.

READ MORE: ‘Talk to Me Goose’

When I returned to my home airport, I knocked out a few takeoffs and landings to brush off a few weeks of rust. These were uneventful, but I did learn something about the local wind characteristics. Although the winds were right down Runway 31, a sink developed at approximately 30 feet agl, and a puff of wind occurred midway through my flare. This happened three times in a row and while my landings were in no way pretty, they were all safe, and I felt good about them.

Throughout it all, I was the only one around. Nobody else was at the airport, and when I hopped out of my airplane, the sky was entirely silent. Not even a solitary droning airplane could be heard above the sound of the mild winter breeze, the other area pilots presumably still hibernating beneath warm blankets in their own beds.

I was glad I was no longer among their ranks. The focus demanded by flying in general and by formation flying in particular pulled my thoughts entirely clear of the previous year’s challenges, and it was all hands on deck as my brain cells all joined forces to do so safely and smoothly. It was a perfect disconnect; a hard restart that left me clear-headed and looking forward to the year ahead.

It was also one more item to justify airplane ownership. Is it cheap? No. But then again, neither is a good therapist.