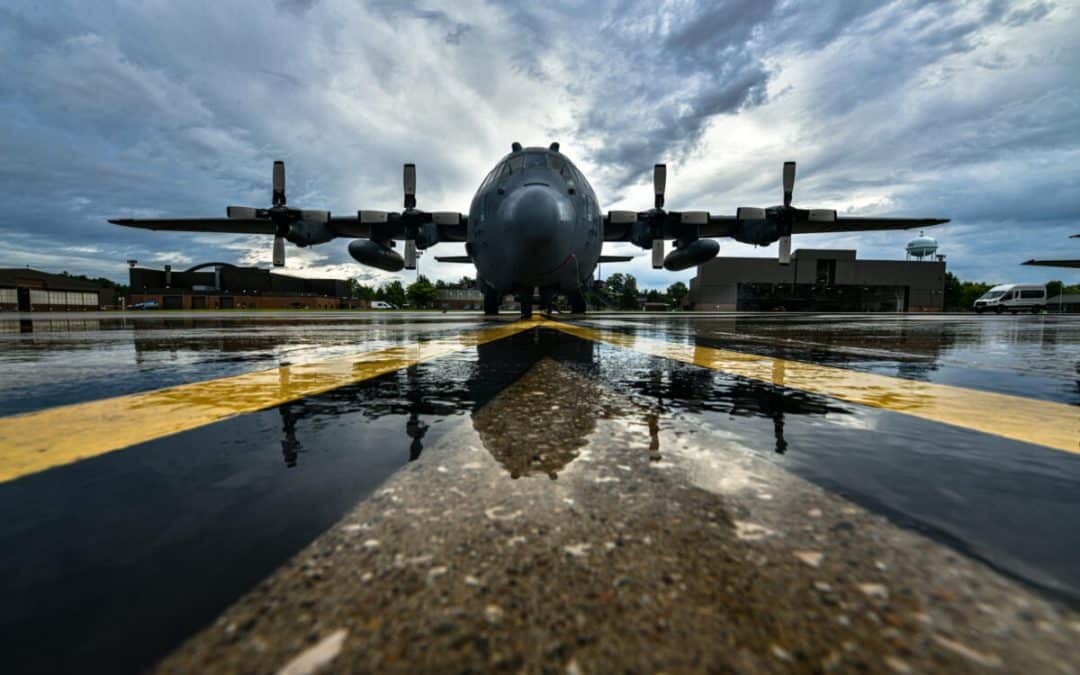 Electric arc etching pens were likely the cause of cracks in older propeller barrel assemblies that led the U.S. Air Force to ground a portion of its fleet of C-130 Hercules cargo aircraft last month, according to a report.

The cracks were discovered in early-October by a technician at the Warner Robins Air Logistics Center (KWRB), Georgia, who noticed a persistent leak on a C-130H propeller during a post-depot operation engine run check.

“When the propeller assembly was removed and turned into the WR-ALC Prop Shop, a technician noted a crack in the propeller barrel assembly,” a spokesperson for Air Mobility Command (AMC) told FLYING in a statement at the time. Additional inspections revealed that two other propeller assemblies had the same issue, prompting the command to issue an order for a field level visual inspection on all C-130H aircraft with installed 54H60 props.

The order, which was expected to ground more than 100 aircraft, targeted aircraft with older propeller assemblies.

“The process used to engrave serial numbers on the propellers caused the cracking that is being found on the C-130Hs,” an AMC spokesperson told FLYING in a statement Wednesday. “That process, which involved an electric arc pen to incise digits into the surface of the metal, was stopped about six months ago and will not be used going forward. Further analysis will be needed for a full understanding of the root cause of the cracks.”

The Air Force is implementing a “multi-faceted recovery plan” that includes locating parts to refurbish, the spokesperson said.

“When the depot at Warner Robins Air Logistics Complex receives an unserviceable propeller hub and blade set from a field unit, they are inspected, overhauled, tested, and then prepared for shipment to the affected unit,” the spokesperson said. “This process involves complex inspections and repairs that cannot be accomplished at the unit level outside the depot. Continued progress is underway in expediting the process to acquire available prop barrels, which includes scouring the globe for stock of the H model prop barrels that our maintainers can refurbish.”