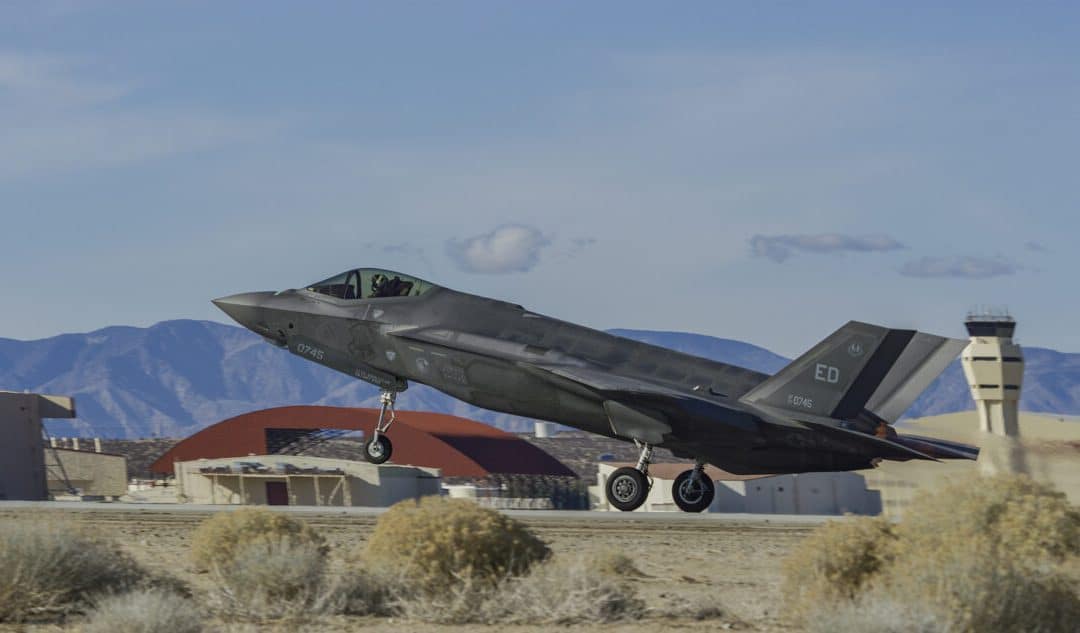 Testing is underway for computational upgrades that make it possible for Lockheed Martin (NYSE: LMT) F-35s to fly at 35,000 feet at nearly the speed of sound, according to program officials.

During the 50-minute test flight over the Mojave Desert, Luersen verified the aircraft’s airworthiness and system stability by executing a functional check flight profile, flying at 35,000 feet and at airspeeds nearing the speed of sound, according to the JPO.

The test flight marks the beginning of what program officials say will be an extensive flight test campaign.

“This is a significant achievement for the F-35 program,” Air Force Lt. Gen. Mike Schmidt, program executive officer, F-35 Joint Program Office, said in a statement. “TR-3 is the F-35’s critical computer processing electronics upgrade that will continue to provide all our pilots with the capability they need to be successful against any adversary.”

The testing campaign is slated to continue throughout 2023, and lessons learned will be applied across the entire Block 4 modernization program, JPO said.