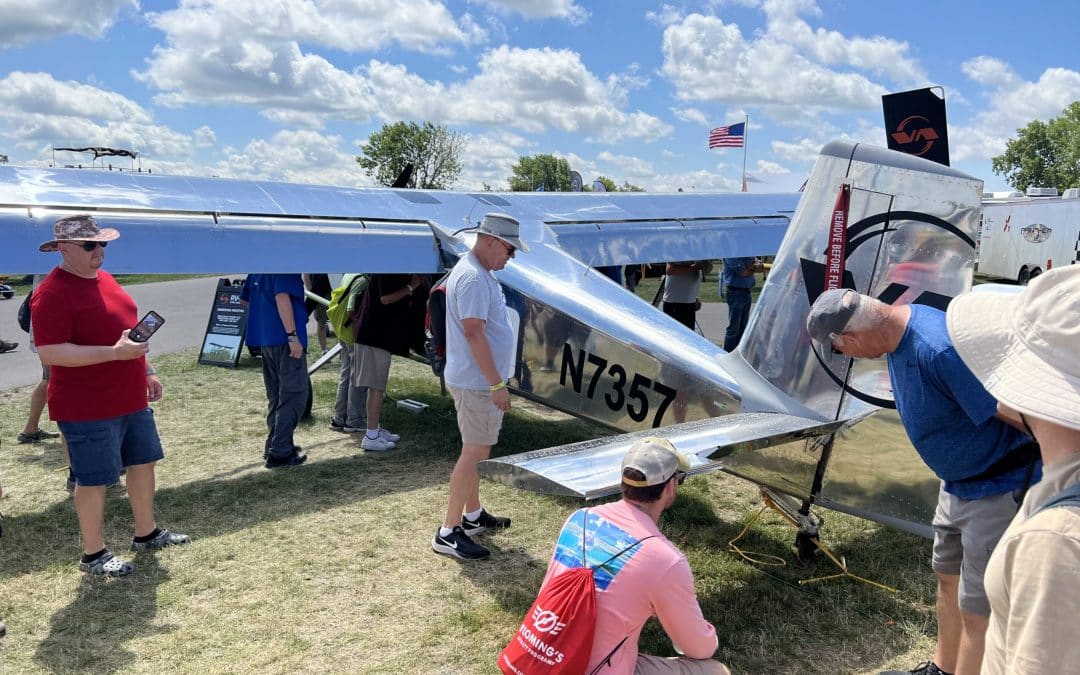 Van’s Aircraft has two things to celebrate at EAA AirVenture 2022—the 50th anniversary of the company and the release of the Van’s RV-15.

The RV-15 is the first high-wing design to come from the Oregon-based kit manufacturer and is a bid for the growing backcountry market.

All day long, crowds of curious people carefully walked around the RV-15, commenting on its sheer size, beefy landing gear, and fat tires. The size of the fuselage interior and the baggage door—the latter is drawn on the prototype—gained a lot of attention from people who like to have lots of room for their gear.

The RV-15 was proposed in 2019 and production started in 2021. Last month, the engineering prototype began test flights.

The beefy landing gear and fat tires were a source of discussion amongst visitors. [Photo: Meg Godlewski]

Van’s salespeople noted that orders for the new design are not being taken yet, because the test flying hasn’t been completed, so they don’t have all the data needed to determine if any tweaks or changes need to be made before the kit enters production.

In addition to admiring the new design and the popular favorites on display, people were invited to write a message on a monolith wishing Van’s a happy 50th birthday. Many Van’s fans who signed  the board included their RV design and tail number in the greeting.

Many Van’s fans who signed the board included their RV design and tail number in the greeting. [Photo: Meg Godlewski]