Volunteers Begin Building This Year’s One Week Wonder at AirVenture 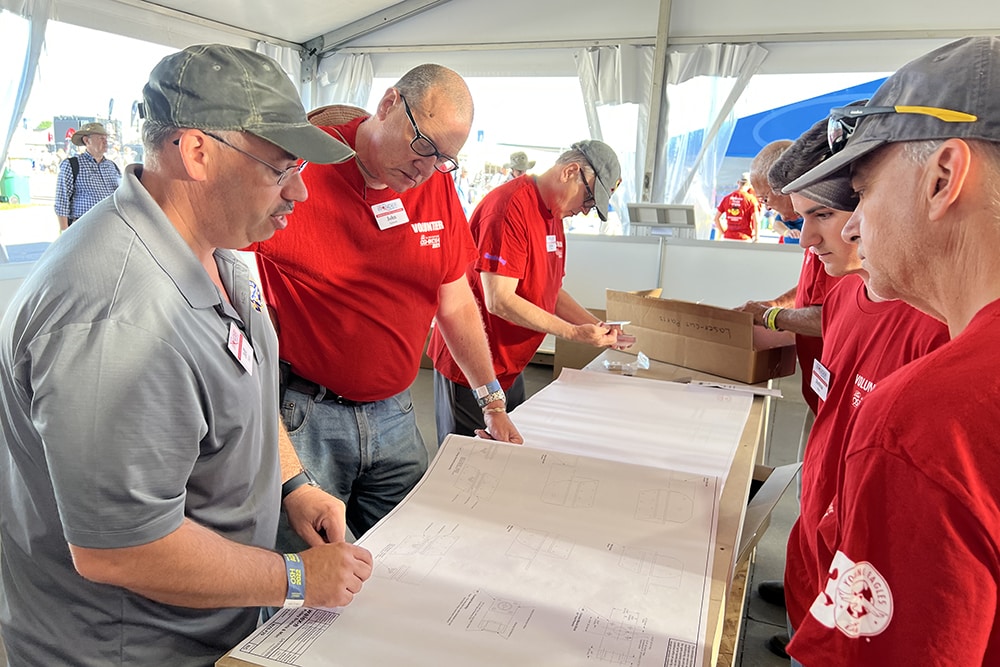 The Experimental Aircraft Association was founded on the idea that anyone can build an airplane, and this week, the folks at Sonex Aircraft are proving it as the One Week Wonder returns to AirVenture.

As the show opened on Monday, so did the crates of components for the Sonex Waiex-B, which is being built by a small army of red-shirt-clad volunteers.

The design under construction, the Waiex-B, is based on the original Waiex, but features a more spacious cockpit and has a center Y-stick option, electrically actuated flaps, and an increased fuel capacity. According to the Sonex company, this Waiex will be the first to utilize a factory design installation of a Rotax 912 iS powerplant.

One of the EAA members supervising the project is Jeff Schultz from Dixon, Missouri, who has made a career and a web-presence out of building Sonex aircraft. Schultz’s 20-year-old son, Isaac, is part of the build team, as well.

Visitors to the build center on Aeroshell Square can watch the aircraft take shape, vote on a paint scheme, and try riveting. Owen Bain, a 14-year-old from Dallas, Texas, gave it a shot. He said he plans to build his own airplane—and start flying lessons when he’s old enough.