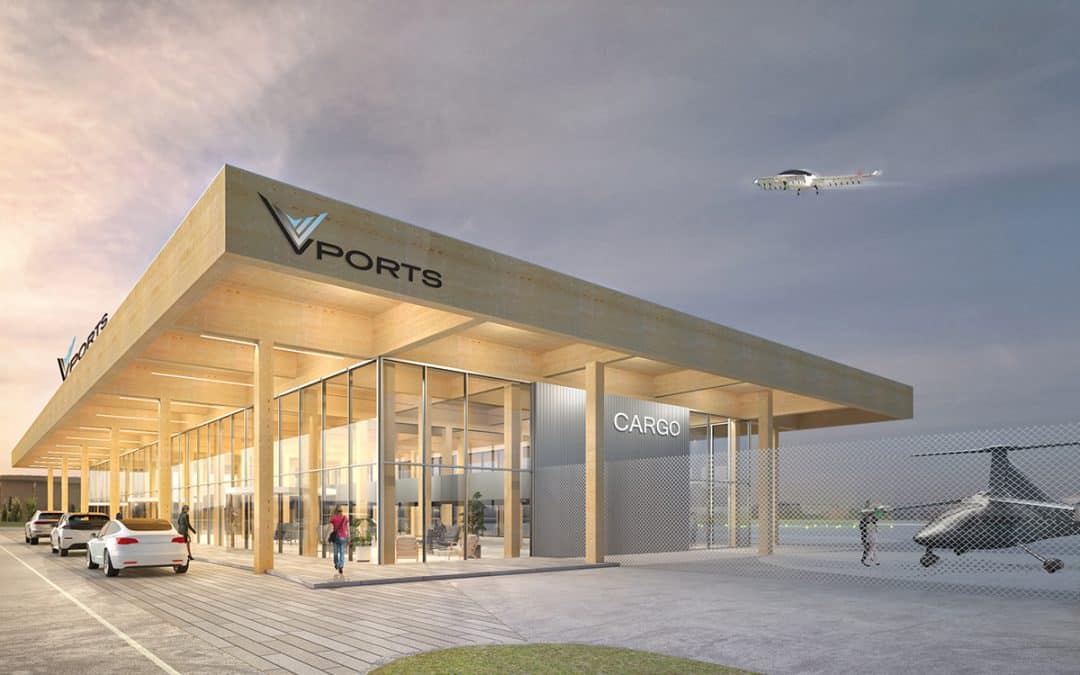 It’s widely acknowledged that one of the most challenging and critical hurdles to success for the emerging electric vertical takeoff and landing (eVTOL) sector involves development of infrastructure—vertiports—where these new aircraft will land, takeoff, handle passengers, recharge batteries, and undergo maintenance.

The province of Québec, Canada, is slated for creation of a network of vertiports for advanced air mobility (AAM) aircraft to be built by 2030, Mirabel, Québec-based VPorts announced Tuesday. Although one consulting firm has generally estimated that a vertiport facility could cost as much as $7 million to build, VPorts has projected that its Québec network eventually will generate socio-economic benefits equal to $6.5 billion Canadian dollars ($4.9B USD).

Initially, VPorts envisions using existing helipads and airports to accommodate commercial eVTOL air taxis, similar to what planners are considering in other markets, such as Los Angeles.

“Industrial and commercial areas are also excellent options to consider,” said Fethi Chebil, president and founder of VPorts, in a news release. “We look forward to collaborating with Transport Canada, NAV Canada, the Government of Québec and municipal officials on defining safety and security regulations, flight corridors, urban integration and community engagement for this important undertaking that will benefit our communities.”

VPorts has partnered with engineering firm NUAIR for the operational concept of the vertiports, as well as integration of air traffic management. UAM Geomatics has been tapped to provide cost and revenue forecasting, geospatial mapping, and vertiport network location mapping in Québec. Aedifica will handle architecture and Innovitech will supply a stakeholder management strategy, focused on social acceptance. Public acceptance of this entirely new form of air transportation—especially surrounding passenger airlines in the AAM sector—has long been identified as a key factor for success.

In fact, multiple AAM developments have centered around Québec this year.

Earlier this summer, Vertiko Mobility announced a project to build a vertiport network in the Québec capital, Montréal. If all goes as planned, the facilities will provide service for AAM passenger airlines, cargo transport, and lifesaving emergency medical flights by 2026.

Boeing-backed Wisk Aero announced this year it plans to launch a Canadian engineering hub in Montréal.

READ MORE: What Will Self-Flying Air Taxi Vertiports Look Like?

While AAM appears to be gaining momentum in Québec, Transport Canada has not released standards for vertiports, nor has the FAA in the U.S. In March, the European Union Aviation Safety Agency (EASA) released what it called the world’s first vertiport design specs.