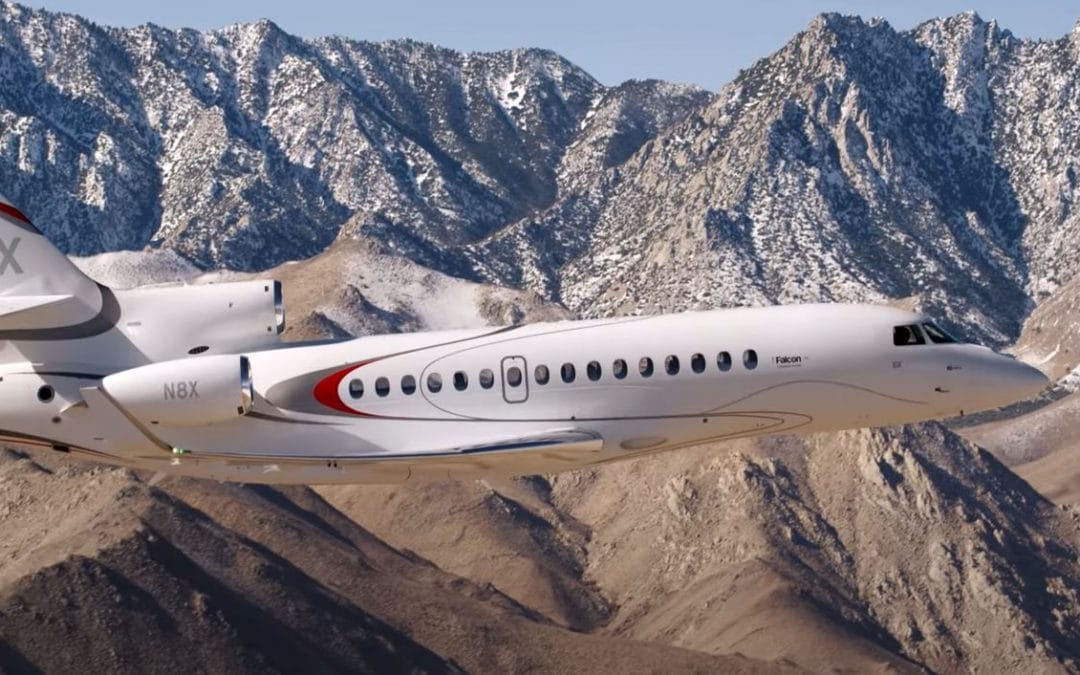 In early January, the buzz swarmed that local aircraft spotters staked out at the famous Star Wars Canyon in southern California had spied a special bird amongst the regular patrol of fighters and freestylers making runs through the area’s rock-strewn corridors.

The jet? A Dassault Falcon 8X.

At the time, Dassault officials would neither confirm nor deny their involvement in the sighting—but on Thursday, Andrew Ponzoni told FLYING: “Our Star Wars Canyon mission is now complete!”

CEO of Aerospace Operations Scott Glaser calls the canyon “a mecca of aviation.”

“When you’re lower to your terrain, you can definitely feel that sensation of speed,” Nese said.

“Even though we’ve got 86 feet of wingspan out there, the aircraft responds like a more agile fighter aircraft”—like its heritage in the Rafaele would indicate.

“The Falcon got through that canyon like I don’t think any other business jet could,” said Patriots Jet Team lead Randy Howell, who flew chase for the flight.

“I’m not saying someone else couldn’t do it—I just wouldn’t recommend it,” added Nick Linehan, senior captain for Dassault.