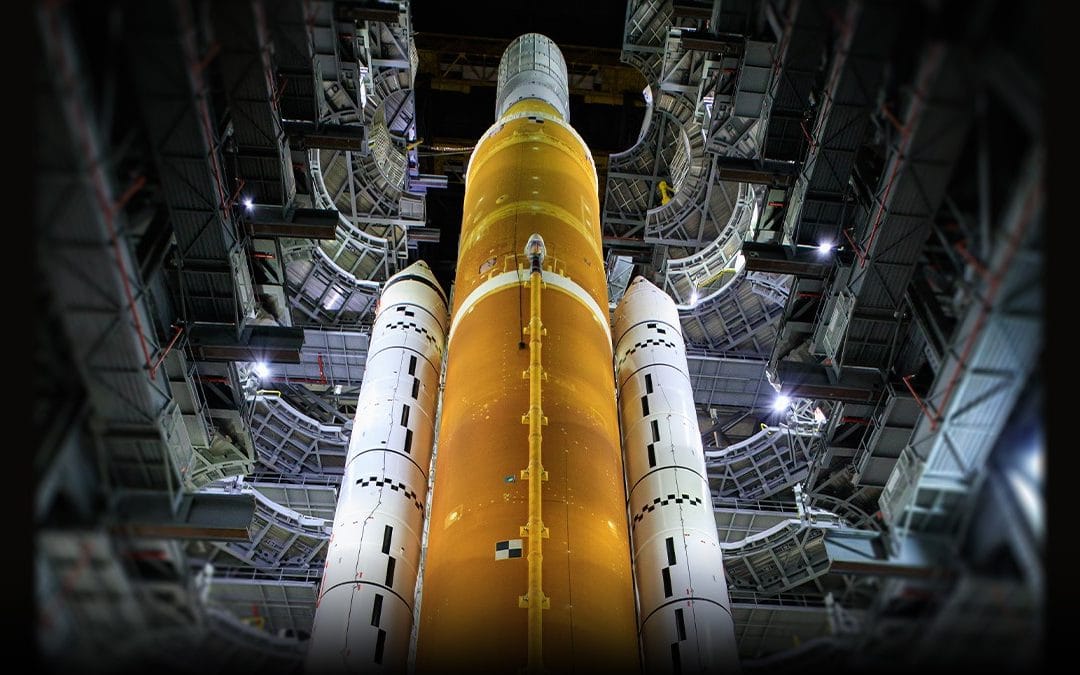 Humankind is going back to the moon on the world’s most powerful rocket—NASA’s Space Launch System. The first launch, Artemis I, won’t have any crew members on board, but it serves as the first step towards landing the first woman and person of color on the moon, and eventually, the first humans on Mars.