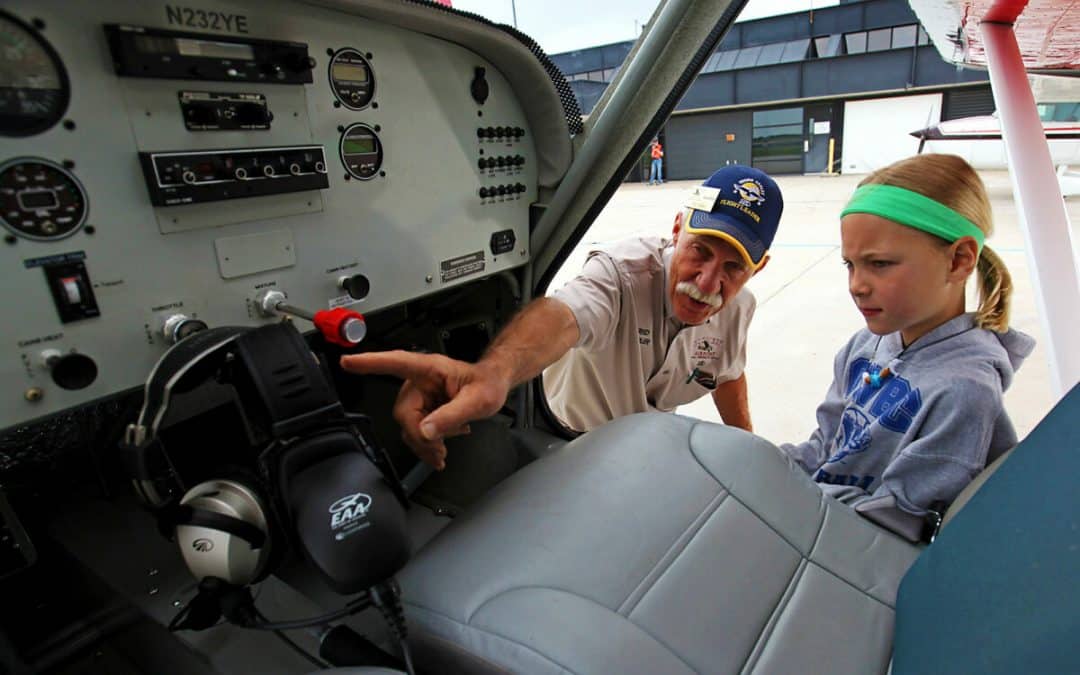 This month, a program designed to inspire children to fly will reach a historic milestone in Southern California, when Experimental Aircraft Association (EAA) Chapter 40, based at Whiteman Airport (KWHP), expects to fly their 10,000th Young Eagle.

Since 1992, pilot members of EAA have provided free flight experiences to children between the ages of 8 and 17—known as Young Eagles.

Weather permitting, the milestone flight will take place during a Young Eagles rally on November 26, between 10:30 a.m. and 2 p.m.

Whiteman Airport sits on 184 acres in the San Fernando Valley. The airport traces its heritage to 1946, when businessman Marvin Whiteman Sr. developed an air park. The facility became property of the county of Los Angeles in 1970 and today, the towered airport is a reliever for Los Angeles International (KLAX).

According to Dave Kolstad, coordinator for EAA Chapter 40 Young Eagles, on the third Saturday of the month, volunteer pilots bring out their airplanes to provide the Young Eagle flights.

The airport’s location in Southern California is fortunate, because the valley “usually has good weather,” Kolstad said. The flights are normally about 20 minutes long, so that all the kids can be accommodated.

Kolstad said the chapter used to fly between 15 and 20 kids each month from the local community, when an offer from a local school dramatically expanded their program.

“Just before COVID hit, a local school came to us and said ‘we can send you 50 kids a month for Young Eagles.’ We had to go out and recruit more pilots, which we did, and now we fly between 65 to 70 Young Eagles a month.”

To Find A Young Eagles Flight

To find a Young Eagles Flight near you, visit Youngeaglesday.org. The page contains information about Young Eagles flights provided by EAA chapters around the country. To find the one closest to you, input your zip code. Advanced registration is recommended.

According to Youngeaglesday.org, as of November 9, nearly 2.3 million Young Eagles have flown introductory flights.

Kolstad said it’s hard to tell who gets the most out of a Young Eagles rally.

“The grins are just as big on the pilot’s faces as they are on the kid’s,” he said.

If the weather is not conducive to flight on November 26, the Young Eagles Rally will take place on December 17, which is also the anniversary of powered flight. On that date in 1903, the Wright Flyer flew for 12 seconds at Kitty Hawk, North Carolina.