Why Only One WACO RPT Was Made 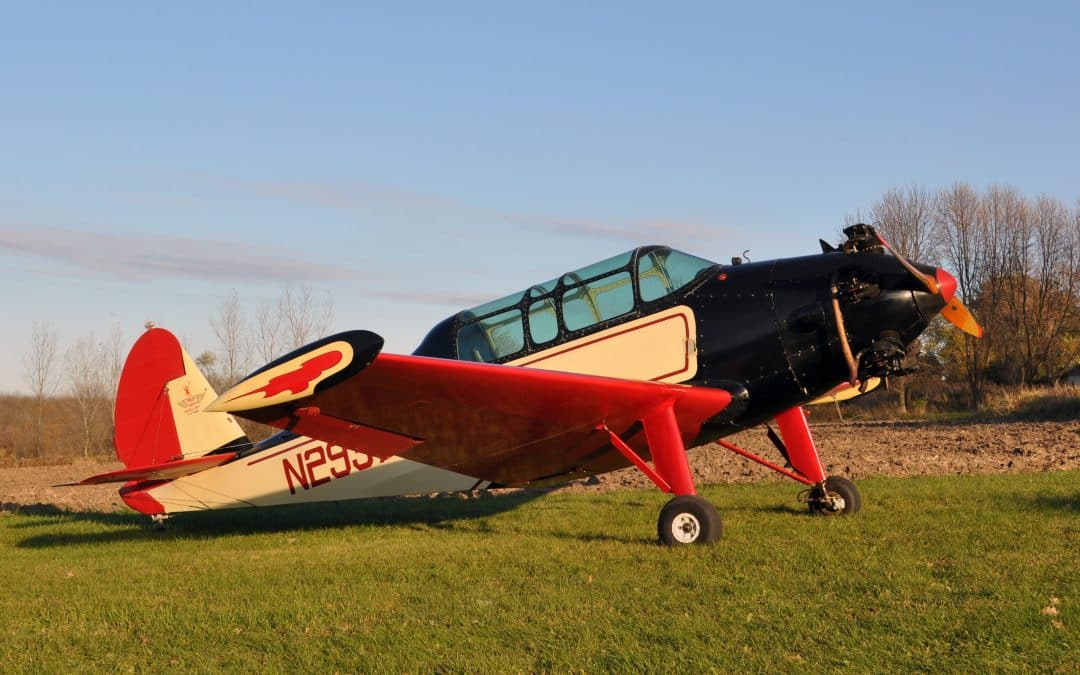 Mention the name WACO, and most naturally envision the sturdy biplanes that were built from 1920 to 1947 and put back into production in 1983. Equipped with open cockpits and radial engines, the majority of Wacos exemplify the classic biplane. Of the thousands built, every example except three were biplanes.

The three monoplanes that were produced were each significant departures from WACO’s winning biplane formula. In 1920, the WACO “Cootie” parasol monoplane was built, flown, and crashed. In 1947, the WACO Aristocraft was built, a bizarre-looking, high-wing monoplane with a front engine that drove a tail-mounted pusher prop via a series of drive shafts.

Between those two unsuccessful types, WACO built this one, the RPT. First flown in 1940, it was intended to compete for a U.S. Army Air Force (USAAF) training contract. It was not selected for the contract, and was instead purchased by a private citizen, who went on to modify it with a larger engine and a canopy.

The WACO RPT was said to handle well, but suffered from a lack of power with the original engine. [Photo: Jason McDowell]

These modifications altered the appearance of the RPT while making it safer and more usable. A 160 hp Kinner R-56 replaced the anemic 125 hp Warner Scarab, and the canopy enabled operation in colder climates. With the exception of a 1978 appearance at the EAA’s annual fly-in at Oshkosh, the RPT spent the vast majority of its life tucked away in a hangar, unnoticed and very rarely flown.

There it remained until approximately 2010, when it appeared on a lone online classified site. Listed for $64,900, a few more details were revealed. It had a type certificate in the restricted category, it had a grand total of 85 hours on the airframe, and it had complete logs with no damage history.

Still, details were scarce. In an effort to learn more about it, we put on our detective hats, found a few mentions of the type in government records, and submitted an open records request. Months later, we received a three-page flight evaluation report from 1941 that compared the RPT with the similar Howard DGA-125:

Equipped with the same engine and virtually identical in overall design, the two airplanes were appropriate to compare. Both exhibited poor takeoff and climb performance, and the evaluation pilot emphasized this weakness in both the notes and the narrative. The narrative was, in fact, focused almost exclusively on the RPT’s lack of power.

On the plus side, the RPT was said to maneuver well with good control response. The landing gear was also complimented, the pilot noting, “You could hardly tell you were on the ground, the landing gear being so soft and efficient.” This, despite having landed in what was described as a rough part of the field.

As the RPT eventually wound up in Wisconsin, the addition of the canopy made sense. [Photo: Jason McDowell]

Other notes are somewhat ambiguous. Under “Elevators,” the note described them as “Controllability—poor.” However, farther down the page, “Elevator control” was described as “Very good.” It’s possible one of these measures was intended to describe the mechanical actuation of the control surface and the other, the aerodynamic control…but this isn’t at all clear.

Regardless of how well the RPT performed, it was not selected for the military contract. The prototype, therefore, remained the sole example built. In 2018, it was acquired by the WACO Air Museum, disassembled, and transported to Troy, Ohio. There, it will be put on display for future generations to see and appreciate.

The post Why Only One WACO RPT Was Made appeared first on FLYING Magazine.