Will a Lack of Hangar Space Hamper Innovation? 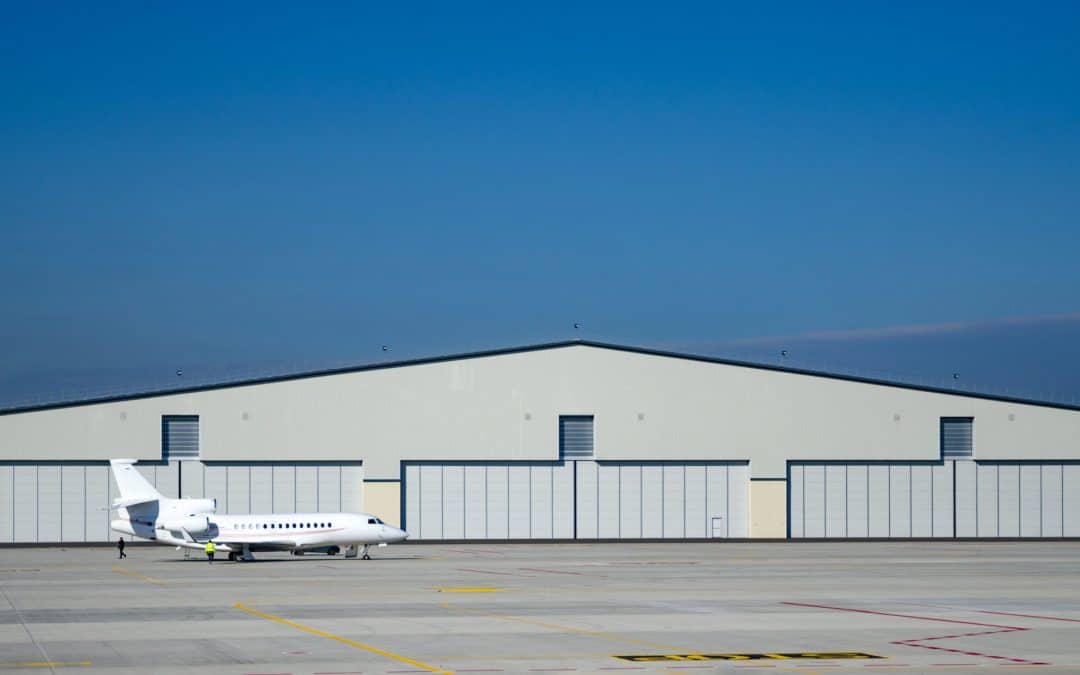 The companies that are shaping aviation innovation all gathered at the UP.Summit this week, displaying how their technology promises to radically transform how humans and physical goods get from point to point. Enterprises involving electric, hydrogen, or natural gas powertrains, air-space detection, vertical takeoff, and even a catapult takeoff system all need space to test these new innovative designs.

Beta Technologies, for instance, is headquartered at Burlington International Airport (KBTV) where it developed the Alia test demonstrator that flew to Bentonville Municipal Airport (KVBT) for the summit on less than $18 per leg of electric power. The aerodynamics, the liftoff, the landings, and their designs were all developed at KBTV.

Many of these companies have “Airport Road” listed as their headquarters on their business cards, because the proximity to an airport allows them to test and iterate immediately. But what if there is a fundamental issue hampering aviation innovation?

Is Limited Hangar Space a Barrier to the Innovative Future?

We’ve talked about the economics of hangar space and why private investors are averse to building more. The regulatory risk is too great to make a real return on investment at public airports, so there is an artificial squeeze on supply. There has also been unprecedented demand for private aviation, which continues to consume hangar space.

“…it’s so far down the road, for us to think about thousands of aircraft and where to store them?”

Drone companies and other UAS startups have the advantage of being able to test their products in remote locations rather than at an airport, but what about those that need runway access or controlled airspace to test in? Is the lack of suitable office space or hangar space at airports causing innovation to be hampered, as well?

There is currently one hangar for lease in the entire state of New York on loopnet.com. It’s in Buffalo, New York, and it’s 262 nm from JFK. Compare that with the approximately 500 industrial spaces (not near airports) for lease on the same site in New York. This is a classic issue of supply and demand.

I had the chance to sit down with Wisk CEO Gary Gysin at the UP.Summit. He said they “haven’t seen it be as big of an issue in the GA airports they’re [looking] at… it’s so far down the road, for us to think about thousands of aircraft and where to store them?”

If aviation’s future uses batteries, airframes must be incredibly light to accommodate the increased weight required for propulsion. In an asset-heavy industry like aviation, combined with the fragile nature of these machines, the demand for protected hangar space to house these aircraft will increase.

“I don’t believe there’s going to be thousands of these things out there or tens of thousands the way you would think if you added up everyone’s market projections.”

In an interview with FLYING, Blade CEO Rob Wiesenthal said they hope to be operating electric vertical aviation (EVA) in the next three years for short flights to the airport out of major metropolitan areas in cohabitation with helicopters. With their planned purchase of Beta Technology’s Alia aircraft, these fragile, composite-built aircraft must be stored somewhere during bad weather, at the least. In the densely populated areas that are currently the primary markets for Blade and other urban air mobility companies, the supply for hangar space may not be adequate.

The airspace regulation hurdle is a primary focus of a lot of urban air mobility startups, but the challenge on the ground is also one that will need to be addressed in order to reach significant scale. As hangar operators and airport managers try to create solutions that address the influx in demand for private aviation, there is a wave of new demand on the horizon.

There must be an increase in hangar space supply to accommodate these aircraft, or else the dream of flying cars may not become a reality as quickly as many are hoping.

The post Will a Lack of Hangar Space Hamper Innovation? appeared first on FLYING Magazine.