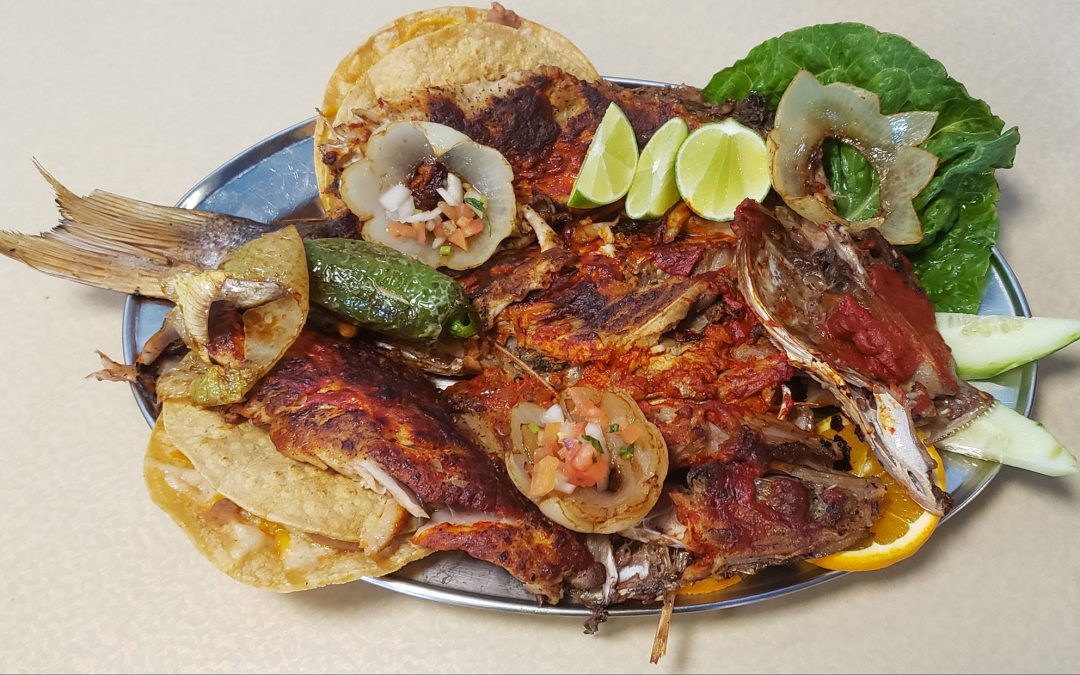 Increasing competition among restaurants means that many of us have more choices of where and what to eat when we dine out. That variety extends to restaurants at general aviation airports. Where we once expected to find the traditional “$100 hamburger” waiting near the main ramp, we now enjoy a broadening variety of foods with a range of national and cultural origins.

This time, we are focusing on Mexican food, a complex category that represents a broad range of regional cuisines within the country. An appreciation for authentic recipes, fresh ingredients, and personal, homestyle preparation cuts across our collective backgrounds as pilots.

Surveying the fly-in menus in your region and marking the best prospects on your sectional chart (digital or paper) can help you plan memorable outings. I find that my family’s enthusiasm for flying grows exponentially when the destination includes a meal.

Mariscos is Spanish for seafood, the specialty of this family-owned restaurant serving Mexican dishes inspired by traditional and contemporary recipes. The range of food is tempting and varied, from burritos and fish tacos to shrimp ceviche. Fish dinners of tilapia, snapper, catfish and others are fried, grilled, and steamed. Octopus, scallops make the list as well. Oceanside renamed the airport in 2013 for the late Bob Maxwell, a former Tuskegee airman and longtime aviation advocate who fought plans to close the field in 2006.

Known for “the hottest jalapeno on the runway,” this family operation opened in 1983 with eight tables and a modest menu. Since then, it has expanded more than five times and now has 35 employees. The menu includes Mexican, Cuban, and American dishes. Among the favorites are nachos supreme, tampico fiesta, and chili relleno, which is a stuffed poblano pepper dipped in batter, fried, and served with queso or ranchero sauce.

While Maize is not quite a fly-in restaurant, you can get there by taxi, rideshare, or an airport shuttle to its location on the University of Illinois campus. There is also a second location downtown. Maize opened in 2011 with a focus on recreating traditional foods from Mexico City, Michoacan, and Guerrero, Mexico. Maize says its food is made in house, including corn tortillas that are handcrafted for each order. The menu includes gluten-free versions of customary Mexican fare “so everyone can enjoy the food we loved growing up.”

Taco Tuesday has become a big deal at this airport thanks to the mother-son team of Yolanda and Jose Hernandez. They have been dispensing tacos from their orange food truck and reportedly attracting pilots from all over Florida and beyond. Last June, news outlets were abuzz after two men took off from Miami on their way to Arcadia to pick up tacos but made an off-airport landing on the way following an engine failure. Luckily, they weren’t seriously injured, but coverage of the incident boosted the truck’s profile.

The Arrambide family has run restaurants in El Paso for more than 65 years, and one of its three Carlos & Mickey’s locations is in the city’s airport, a popular meet-up spot for travelers and local residents. A lively bar scene and menu items including flautas, tacos al carbon, albondigas, and quesadillas to seafood including shrimp Jalisco and Alaskan cod. There are also burgers, steaks and various dinner combinations.