Women in Aviation Brings Excitement Around Recruitment for Aerospace Careers 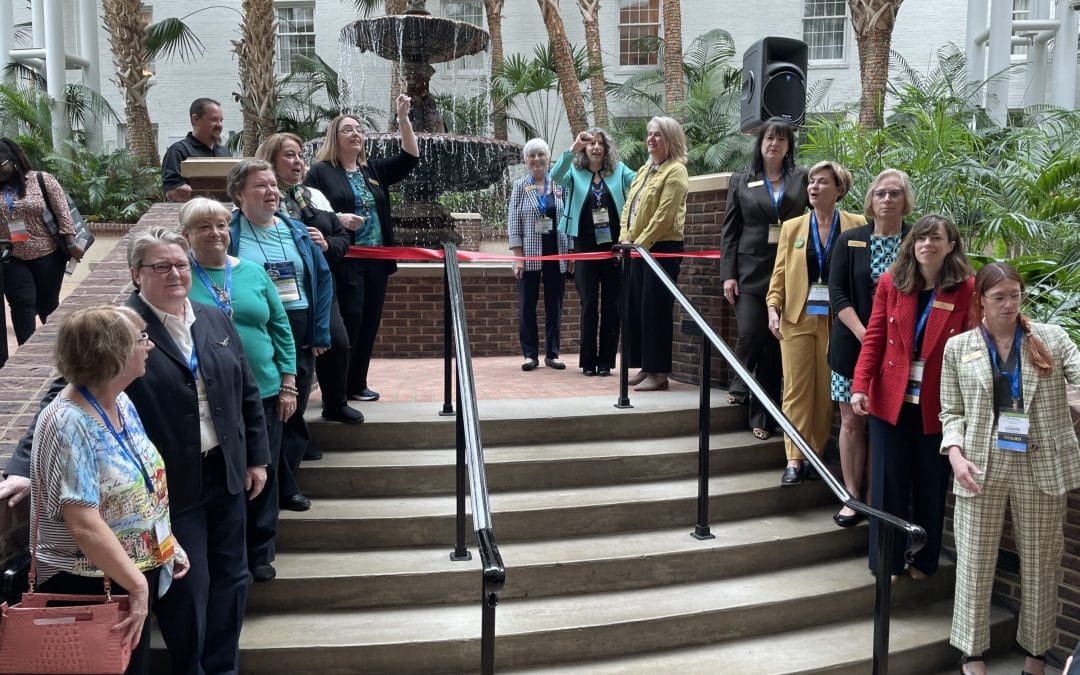 It’s a big return—and the change is clear from the last time that Women in Aviation International held its annual conference face to face. That was back in early March 2020, and though Disney World was open, the atmosphere at the Coronado Springs Resort in Orlando, Florida, was cautious, anticipatory, subdued—and if we only knew what was to come.

WAI held a virtual event in 2021, as a nod to a world that wasn’t ready yet to pack an exhibit hall in person—yet needed critically to gather together, even if it was for one more meet-up over the internet.

This year, #WAI22 is back with full force at Nashville’s Gaylord Opryland complex, and it kicked off Thursday with personal and professional development seminars, education sessions, and networking—and a hall full of 170 exhibitors ready to talk aviation with their prospective workforce.

And let’s be clear—though the mission of Women in Aviation International is to support the growth of women in the aviation industry, it’s for everyone interested in growing aviation overall.

Professional development at the WAI conference includes hands-on activities such as a trip “up” in a mobile hyperbaric chamber in the exhibit hall. [Photo: Julie Boatman]

The last time the words “the pilot shortage” reared up, many airlines, charter operators, and corporate flight departments turned to WAI to recruit new talent—and ensure they could cast the widest net.

That has happened again, as the traveling public emerges from this cocoon of the past two years. Not only are the airlines packing passengers into Airbus, Embraer, Boeing, and Bombardier jets, but the seats up front are attracting a premium, as airlines search for qualified pilots to fill them.

Word got out several years ago that WAI was the place to get facetime with airline recruiters—and by 2015, young men in sharp suits overwhelmed the tight convention space in Nashville.

This time around, the organization has found a way to manage the flow of wannabe pilot traffic and ensure recruiters and prospective professional pilots alike could exchange the information they needed.

More than 17 airlines, corporate operators, and OEMs lined one section of the exhibit hall and conducted 45minute question-and-answer sessions with candidates throughout the afternoon Thursday. Though the lines to get a seat were long, it looked like it reduced some of the traffic at the booths themselves—OK, sort of! With so much excitement surrounding the aviation industry’s return to growth, it was hard to contain it at all.

Wally Funk—member of the Mercury 13 and recent visitor to space via Blue Origin—has been a fixture at WAI events and outreach for most of its history–so it was only fitting that she take delivery of her honors in front of the conference at an evening reception on Thursday.

The National Aeronautic Association bestowed its 2021 Katherine and Majorie Stinson Trophy for women’s achievement in service to the aerospace industry upon Funk. The trophy “recognizes a living person for an outstanding and enduring contribution to the role of women in the field of aviation, aeronautics, space, or related sciences,” according to the NAA.

Funk was specifically recognized for “… blazing trails for women in aviation and spaceflight and inspiring the next generation of aerospace professionals as a pioneering member of the Mercury 13, flight instructor, air safety investigator, and the oldest woman to fly in space.” NAA president Greg Principato was on hand to present the trophy to Funk.

Looking ahead to the rest of the conference, on Friday, the general session kicks off with a big nod to sustainable aviation, with Sheila Remes, Boeing’s vice president of environmental sustainability sharing how the major aircraft and spacecraft manufacturer works to “continuously improve Boeing’s products, services, and operations to achieve environmental goals.”

Next up: Gen. Jacqueline D. Van Ovost, commander of USTRANSCOM, the 14th commander of the U.S. Transport Command—one of 11 combat commands within the Department of Defense, with the order to “project and sustain military power globally.” Van Ovost has an extensive military resume, including command of the Presidential Airlift Wing.

Niloofar Rahmani, Afghan Air Force pilot, takes the stage next—she’s the first female fixed-wing pilot for the Afghan Air Force, taking on the role in 2013. She’s published her incredible story about flying in war-ravaged Afghanistan, Open Skies: My Life as Afghanistan’s First Female Pilot. She was granted asylum in 2015 after coming to the U.S. to train on the Lockheed C-130.

Last but far from least, the Honorable Jennifer Homendy, chair of the National Transportation Safety Board. She took her oath of office as the 44th member of the NTSB in August 2018. Confirmed to the chair in August 2019 for a five-year term, she is a tireless advocate for safety across all transportation regimes.

Along with a special ceremony to honor the 80th anniversary of the Women Airforce Service Pilots on Saturday, WAI opens its doors to young women and girls in its Girls in Aviation Day.

The Saturday evening banquet wraps up the event, with the final scholarships announced.