Xwing Says The Future of Air Transportation Is Autonomous, But How Close Is That Future? 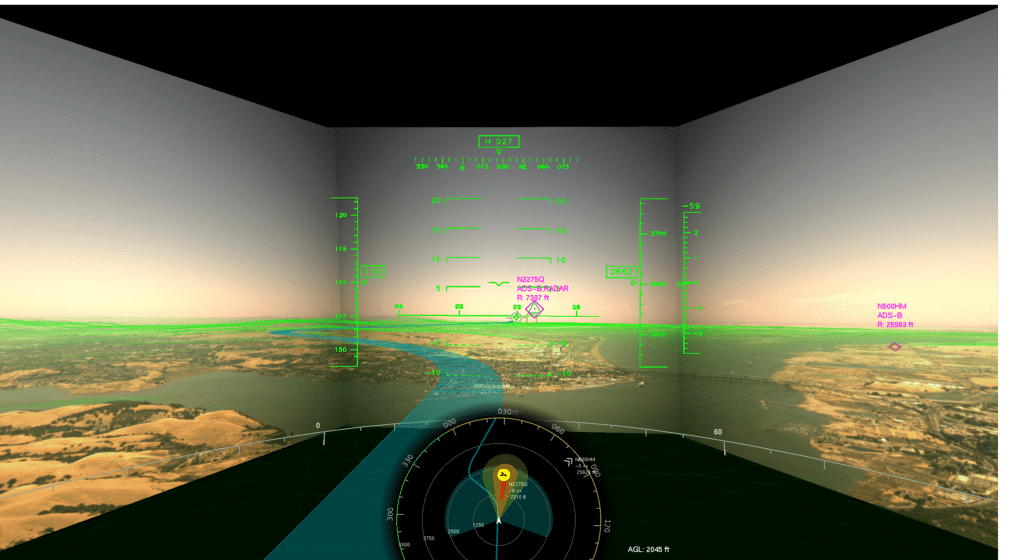 In February 2021, social media came abuzz when the startup company Xwing released footage of its experimental Cessna 208B Grand Caravan exiting its hangar at Buchanan Field in Concord, California, which then taxied, departed, landed, and taxied back to the hangar entirely on its own.

The video shows an overseeing pilot on board, who was only there to comply with regulatory requirements, and transfer flight controls to Xwing’s Mission Control Center that was remotely located on the field.

The mission controller operator then initiated the automation technology that conducted the preflight and executed the entire mission without pilot input. Using Teledyne (NYSE: TDY) FLIR sensors, the aircraft could perceive the environment it was in to detect and avoid collision hazards, both on the ground and in the air.

The company announced in May 2020 that it raised $10 million in series A funding from various investors to speed up the development of its autonomous technology. Their approach is focused on designing a product that is platform agnostic—manufacturers would be able to apply it to any existing aircraft design and convert airplanes into optionally piloted vehicles.

By focusing on autonomy, the company claims it would be a more straightforward march into the future of regional air mobility (RAM) than adjacent disruptions with eVTOLS or electric aircraft designs.

Then, in August 2020, the company announced that after working four years in stealth mode, it obtained a Part 135 air carrier certificate, an approval that was contingent on having a safety pilot on board, to allow it to begin commercial cargo flights after it already completed more than 130 hours of ground and flight test time.

“The future of air transportation is autonomous,” Marc Piette, CEO and founder of Xwing, said at the time. “We believe the path to full autonomy begins with the air cargo market and involves remote operators supervising fleets of unmanned aircraft.”

For policymakers and operators alike, the company’s points about how autonomy would support and improve the cargo market are entirely logical. It is estimated that Xwing’s model increases aircraft operator utilization by three times, equating to a 20- to 30-percent cost savings for the $142.4 billion U.S. air cargo transportation market. Plus, the company offers that its technology is a solution to the pilot shortage.

For pilots, though, it’s different. The messaging is, at least on the surface, non-threatening, but it’s easy to chalk up the company’s aspiration to semantics. Years from now, if the product is fully realized, the most important phrase in that August announcement would be “beginning with cargo.” It’s not suspicious to say the writing is on the wall. In fact, Xwing’s tagline—’The future of aviation. Closer than you think.’—says it all, or as Piette puts it directly, “The future of air transportation is autonomous.”

Where Is xWing Today?

But how close are we? What progress has Xwing made since those flights? FLYING spoke with Kevin Antcliff, an aerospace engineer who joined the company from NASA last July as their product lead. While at NASA, Antcliff led a wide-ranging study that assessed regional air mobility in the U.S. and how the nation’s existing infrastructure was underutilized.

“…moving away from a hub-and-spoke type network into a more demand-focused, demand-optimized approach—there’s just a tremendous amount of benefit.”

Notably, he was the leading author on what is now a must-read RAM white paper with the space agency that examined how regional air mobility could change travel. By the time the paper was published, it had 21 authors, including Maxime Gabriel, Xwing’s chief technology officer.

It seems logical—if not natural—that amid other storied innovations, automation is the next logical progression of unlocking the more benefits of air travel. Though industry stakeholders might scoff at the notion, all the ingredients for Xwing’s business model to thrive are there.

“There are more than 5,000 public airports in the U.S., but only 2 percent handle 96 percent of all U.S. air traffic,” Antcliff said. In terms of the cargo-first approach, he says, “with automation, we can reduce the environmental output while making these deliveries much more efficient, affordable, and accessible to more people.”

The efficiency comes from reimagining the hub-and-spoke business model that ultimately is about moving passengers and air crew around instead of being able to tap into a point-to-point system.

“Based on the 12 years of research that I’ve done at NASA,” Antcliff explains, “moving away from a hub-and-spoke type network into a more demand-focused, demand-optimized approach—there’s just a tremendous amount of benefit.”

He outlines the operational costs savings because operators could instead follow passenger and cargo demand through a more direct approach. Antcliff says it would eliminate embedded inefficiency like pilots having to deadhead from home base to work.

Xwing says it has obtained multiple supplemental type certificates for its Cessna Caravan that account for each new technology it adds to its auto flight system. [Courtesy: Xwing]

Of course, automation on airplanes isn’t new— the first version of autopilot was invented more than 100 years ago in 1912. Today, the most advanced autopilots systems can conduct takeoffs and landings under adverse weather conditions—and even bring an airplane from cruise into a safe emergency landing autonomously following pilot incapacitation. What unsettles people is the idea that no human pilot may be involved. Some people reflexively point to prominent accidents in which automation, compound by pilot action, played a key factor in any mention of having no pilots involved.

However, Antcliff says Xwing’s cargo-first approach is pragmatic. Working closely with regulators ensures that the incremental steps it takes to innovate don’t come at the expense of safety.

“It’s going to be critical to building up public perception and public agreement that this is a route that we’re comfortable with,” Antcliff said. “Putting cargo in the back seat instead of passengers is a great first step, or as I’d like to say, flying boxes over cornfields instead of flying people over metropolitan areas.”

Furthermore, he explained that Xwing obtained multiple supplemental type certificates for its Cessna Caravan that account for each new technology it adds to its auto flight system. Plus, the FAA requires a safety pilot on board to at least monitor things. To monitor traffic, it leverages its detect-and-avoid features with sensors providing situational awareness to the automation system. Furthermore, in the remote control center, operators monitoring the flight have full control over the systems if evasive maneuvers were required.

Development Will Be Critical

At the crux of the automation system being able to fly the airplane are sensors, which begs the question of how Xwing is thinking about the effect of various weather and environmental elements, such as snow, extreme heat, night or low IFR conditions. While Garmin’s Autoland uses SiriusXM to assess the weather as part of its decision process, in terms of actually flying the plane, Xwing’s technology’s continued success will depend on further innovation in sensor technology, perhaps like the computer chip was to the computer industry.

“We have used a variety of sensors to ensure that we have multiple layers of data coming in that we can then fuse and make a wise decision as to how the aircraft should operate,” Antcliff explained.

But one other element will be necessary to solve for Xwing’s autonomous technology to fully integrate or even be useful in the national airspace system—communication.

Antcliff concedes that having a pilot on board at least takes care of that problem for now.

“There would need to be changes in how ATC operates for us to pivot away from having a supervisor,” he said, explaining the limitations of natural language processing technology.

As for the year ahead, the company is waiting on a decision from the FAA for an ‘optionally piloted aircraft exemption’ request. Antcliff says this would allow Xwing to begin operating its caravan for revenue. It has also applied for another STC for its sensor pod. That would allow the company to collect more data for “corner cases,” which Antcliff says is the other priority.

“Just having that amount of data across the country provides many opportunities to ensure safety and reliability of our system moving forward.”

The post Xwing Says The Future of Air Transportation Is Autonomous, But How Close Is That Future? appeared first on FLYING Magazine.