You Can Fire Your CFI 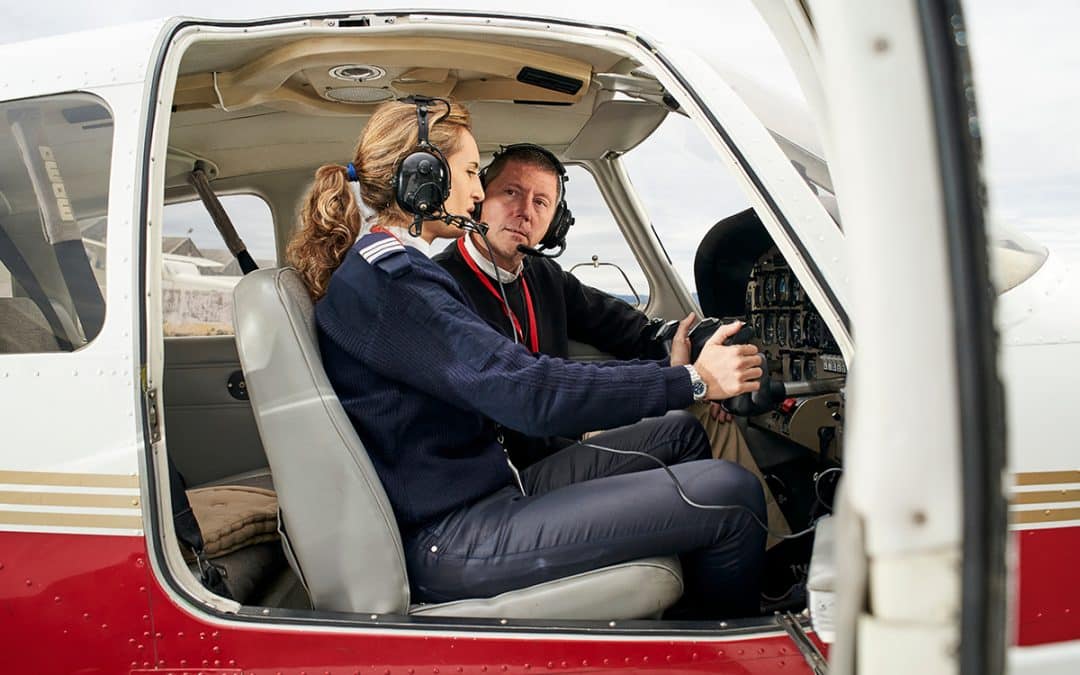 “I wish I had known you could fire your flight instructor.”

This is a common refrain when pilots compare training experiences. Just as most of us have had a bad date, pretty much every pilot has had bad instructional experience. Maybe the certified flight instructor (CFI) was chronically late. Or yelled. Or didn’t say anything. Or needed the manly deodorant soap. Or was more interested in his or her gaining hours than teaching you. In short, something just didn’t work in the instructor/learner relationship, and you realized after the fact—sometimes a very long time, even years and hundreds of dollars later—that you should have terminated that instructional relationship and flown with someone else.

How to Pick Your CFI

More often than not, aspiring pilots do not select their flight instructor. The relationship often begins with an intro flight, and the CFI you flew with becomes the instructor you train with. Or you are paired with the instructor who has the most open schedule. Or perhaps the chief instructor puts you with a new hire because they needed the hours.

This random pairing can work well, until one day it doesn’t, and you find yourself driving to the airport with the same feeling you get when you are heading to the dentist. If you start feeling like this, a change of instructor may be warranted.

Why Isn’t This Working?

Before you cut ties, it may behoove you to explore why the instructional relationship isn’t working. It often comes down to something as basic as expectations: They aren’t realistic, they aren’t being shared, or they aren’t being met.

The second CFI responded by showing the learner the syllabus that was supposed to be used at the Part 141 school, and how it used a building-block approach towards fulfilling the requirements for private pilot certification as listed in the FAR/AIM. The learner was surprised. Although he had a copy of the syllabus, he had not opened it because his CFI told him “No one at the school really uses it.”

Because the CFI had not taught the learner how to use the syllabus, the learner could not see the progress he had made, and the fact he was halfway through his training, or what was left to do to qualify for the certificate. The lack of communication made the learner feel like he was being taken advantage of by the CFI. Once the learner saw the syllabus and the building-block approach it used, he calmed down—but he also switched to another CFI who used the syllabus for each lesson, as he felt it was an important tool, and he made better progress when using it.

The instructor may have thousands of hours of experience, but if the CFI’s teaching style and your learning style don’t mesh, you need to make a change. A good instructor will try to match your learning style. If you are a kinetic learner, for example, they will figure out a way to work movement into the knowledge sessions. That may mean having you catch a tennis ball as they ask you questions about aircraft systems.

If you are a visual learner, they may have you draw the hydraulic system on the whiteboard. If you need instantaneous feedback in the cockpit, let the CFI know. If you would rather have a comprehensive debrief at the end, let the CFI know that, too.

An experienced, professional CFI will pick up on these learning and teaching conflicts quickly, and will either attempt to adapt, or suggest another CFI who would be a better fit for you.

“I am not taking flying lessons from someone who is young enough to be my kid.”

As many learners are in their 40s and 50s and learning to fly is a bucket list or career-change item, this sentiment is expressed quite frequently. Although the CFI may be a good instructor, the learner can’t bridge the age gap and instead of an aviation professional, they see their 20-year-old who confused the clutch for the brake on the car and took out dad’s brand-new 10-speed in the garage.

Or perhaps it is a gender gap—the learner and instructor are opposite genders, and the learner can’t accept the CFI as a teacher because of cultural differences.

Some learners are hesitant to speak up about the desire for an instructor change because they fear an emotional scene like something out of a John Hughes movie, or that the CFI will be so hurt that Taylor Swift will write a song about them. Both are very unlikely. This is a business relationship.

A simple “I want to fly with someone else” ends the situation. Please don’t just ‘no show’ on the CFI—they can use that time to fly with someone else. If the new-to-you CFI is at the same school as the previous instructor, make sure you are clear who is going to tell your former instructor. “I thought they were going to tell you” is a weak excuse, and could come back to bite both of you someday.

In addition, make sure you return any items you borrowed from the CFI or that they loaned you—like a headset, a book, a hood, etc. That $350 headset or $50 book was not a gift. The CFI loaned them to you because you needed them to advance in your training. Since you are no longer flying with them, your training is no longer their responsibility. Most CFIs have limited resources and those items are to loan only to their clients.

If you are terminating the relationship because the CFI has done something that made you feel disrespected, like being chronically late, or no-showing you, let them know. The good ones will use it as a teachable moment, and hopefully their behavior will improve.

The CFI Can Fire You

You don’t necessarily have to like your instructor, but you do need to respect them. Disrespect often manifests as not following instructions. On the ground it is disappointing when the learner doesn’t do the assigned reading or prepare the navigation log or get a weather briefing as they were instructed to do. In the airplane, a failure to follow instructions—like go around—can be deadly.

No CFI wants to fly with Captain Anti-Authority or Captain Macho. We do not want our names in their logbooks or their names in ours. “I am not the right instructor for you” is a phrase most of us don’t use lightly, but we would rather look for other learners to fly with than have to defend ourselves in court or risk losing our certificates because of a rogue learner.

It Gets Easier to Find a Good Fit

As your experience increases and you add more ratings and certificates, it becomes easier to identify a bad fit from the get-go. For example, if you are a direct communicator, and during your initial meeting with a new-to-you CFI, you ask a yes or no question and the CFI’s response is so rambling they need directions to come to a point, cut the meeting short. Don’t waste their time or yours—the right CFI (for you) is out there.

The post You Can Fire Your CFI appeared first on FLYING Magazine.