Zelensky Makes Plea to Congress: ‘Close The Sky Over Ukraine’ 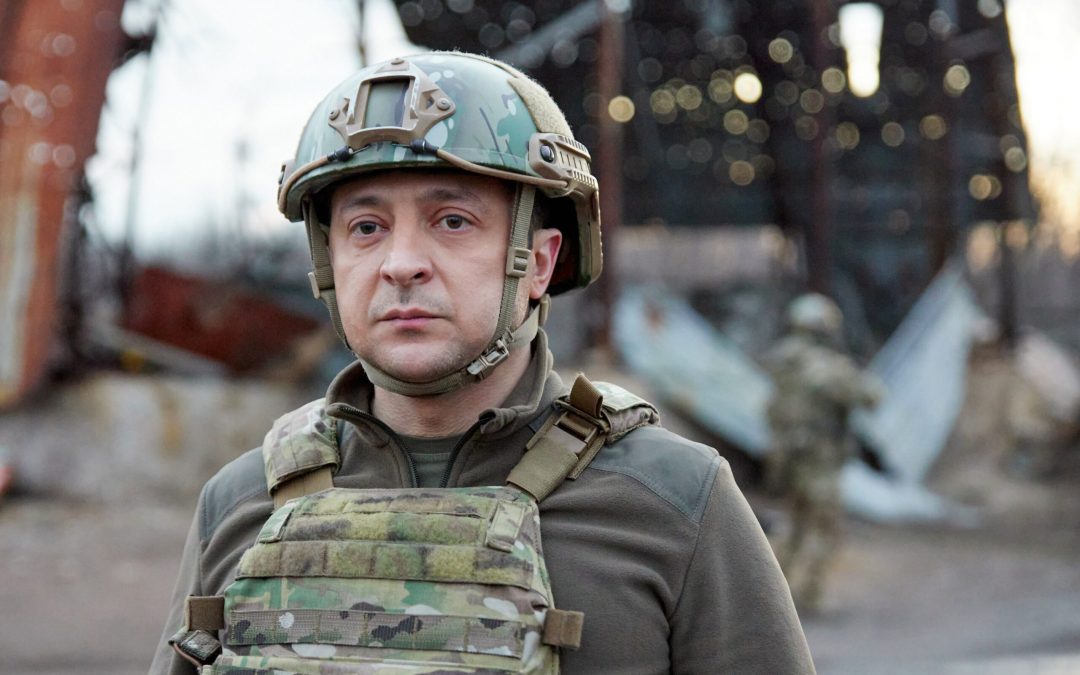 In an impassioned live address to members of Congress Wednesday, Ukrainian President Volodymyr Zelensky urged the U.S. to help “close the sky over Ukraine,” calling for a no-fly zone and additional military assets.

The Ukrainian president put the ask for help protecting the war-torn country against attacks from the sky in relatable terms for all Americans:

“Remember Pearl Harbor, the terrible morning of December 7, 1941, when your sky was black from the planes attacking you,” Zelensky said. “Remember September 11, a terrible day in 2001 when evil tried to turn your cities, independent territories, into battlefields. When innocent people were attacked from the air.”

While U.S. lawmakers are nearly unanimous in their strong support of Ukraine, fears of triggering an escalation of the Russian conflict is diffusing consensus on response.

President Biden was expected to announce an additional $800 million for Ukraine’s military Wednesday, however, the aid package is not expected to include fighter jets or a no-fly zone. Last week, the Pentagon rejected an offer made by Poland to send its fleet of MiG-29 fighter jets to Ukraine via a U.S. military base in Germany, citing logistic concerns for NATO allies.

Despite the daily escalation of deadly attacks against Ukraine, Biden has been vocal that he is against establishing a no-fly zone as it would be a step that would be tantamount to a declaration of war between the U.S. and Russia.

Why A No-Fly Zone Is A No Go

Establishing a no-fly zone prohibiting aircraft over a country requires enforcement that includes shooting down aircraft and almost certainly ratchets up tensions.

“One would need to incapacitate the adversary’s air defense network, meaning not just planes but radars and communications sites—all the people manning them—and unless you can do it all by jamming, that requires bombs that will in turn kill people,” Michael O’Hanlon, the director of foreign policy research at the Brookings Institution told NBC News recently.

It’s a risky strategy in a war where neither Ukraine nor Russia have depended upon air power, a U.S. defense official told The Guardian earlier this week.

A no-fly zone could, however, lead to more human suffering, according to NATO’s top official.

“[O]ur assessment is that we understand the desperation. But we also believe that if we did that, we’ll end up with something that could end in a full-fledged war in Europe, involving many more countries, and causing much more human suffering,” NATO Secretary General Jens Stoltenberg said earlier this month. “So that’s the reason why we make this painful decision to impose heavy sanctions, provide significant support, stepping up support. But at the same time not involving NATO forces directly in the conflict in Ukraine, neither on the ground, or in their airspace.”