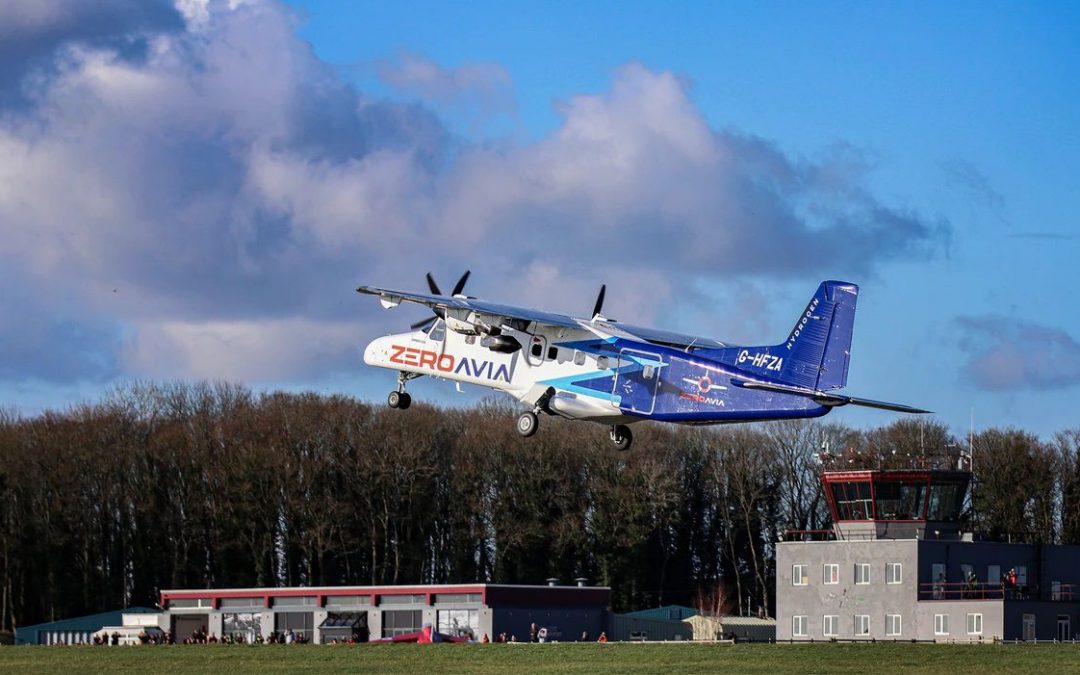 ZeroAvia’s 19-seat Dornier 228 test bed aircraft has successfully completed its first flight using the company’s prototype hydrogen-electric powertrain. The 10-minute test flight took place at Cotswold Airport in Gloucestershire, U.K., with the company noting that all systems performed as expected. The Dornier 228 test bed is outfitted with the stock Honeywell TPE-331 engine on its right wing and the 600-kW hydrogen-electric powertrain on its left wing.

“This is a major moment, not just for ZeroAvia, but for the aviation industry as a whole, as it shows that true zero-emission commercial flight is only a few years away,” said ZeroAvia founder and CEO Val Miftakhov. “The first flight of our 19-seat aircraft shows just how scalable our technology is and highlights the rapid progress of zero-emission propulsion.”

As previously reported by AVweb, the ZeroAvia got its permit to fly the modified Dornier 228 from the U.K.’s Civil Aviation Authority (CAA) last month. The aircraft is part of ZeroAvia’s U.K.-government-backed HyFlyer II project, which is developing a 600-kW hydrogen-electric powertrain for 9- to 19-seat aircraft. The company says it is aiming to have the engine configuration finalized and submitted for certification later this year.