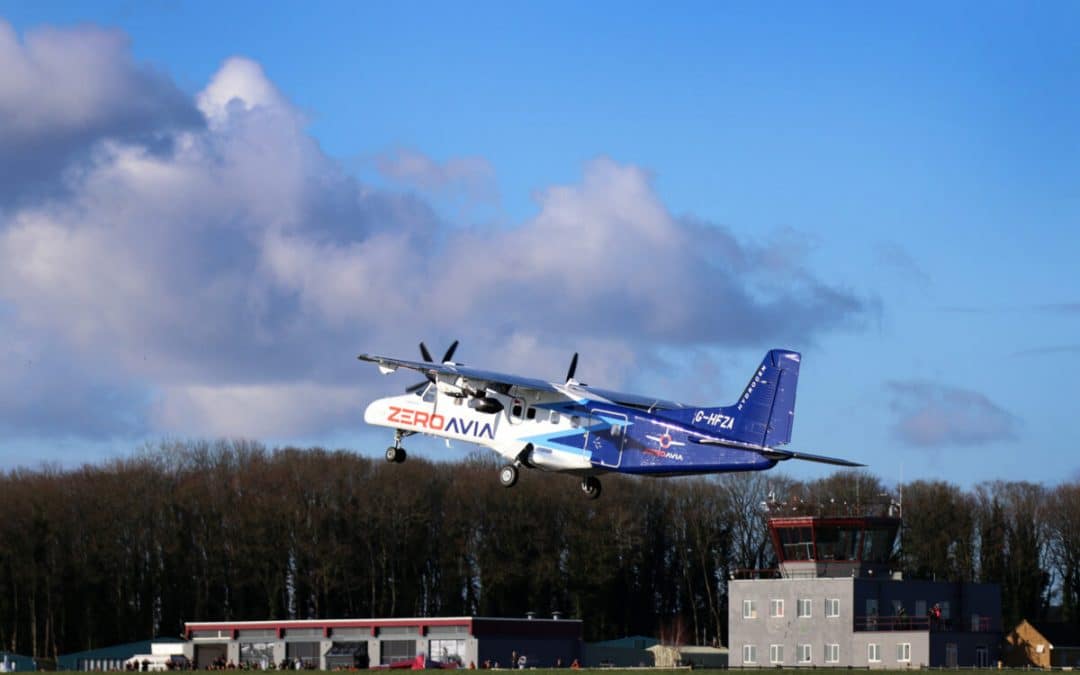 A 19-seat Dornier 228 soared over Cotswold Airport (GBA) in Gloucestershire, UK for 10 minutes Thursday, and in doing so became the largest aircraft to be powered by a hydrogen-electric engine, according to hydrogen-electric aircraft manufacturer ZeroAvia.

The test flight of the Dornier 228 retrofitted with ZeroAvia’s ZA-600 hydrogen-electric engine is a cornerstone of the HyFlyer II development program that aims to develop a 600kW powertrain that’s able to support zero-emission flight of aircraft with up to 19 seats. The development project is partially funded by the UK Government’s Aerospace Technology Institute’s (ATI) program.

“This is a major moment, not just for ZeroAvia, but for the aviation industry as a whole, as it shows that true zero-emission commercial flight is only a few years away,” Val Miftakhov, founder and CEO of ZeroAvia, said in a statement.

The aircraft’s left wing was retrofitted with the ZA-600 engine, which operated in tandem with a single Honeywell TPE-331 stock engine on the right wing.

“In this testing configuration, the hydrogen-electric powertrain comprises two fuel cell stacks, with lithium-ion battery packs providing peak power support during take-off and adding additional redundancy for safe testing. In this testbed configuration, hydrogen tanks and fuel cell power generation systems were housed inside the cabin,” ZeroAvia added in the statement. “In a commercial configuration, external storage would be used and the seats restored.”

The flight, according to the company, was a success.

“All systems performed as expected,” ZeroAvia said. “This is the largest ZeroAvia engine tested to date, and places the company on the direct path to a certifiable configuration to be finalized and submitted for certification in 2023, with this program also serving as key to unlocking speedy technology development for larger aircraft.”

The January 19 test flight is the latest in a string of recent advancements for the U.K.-based company.

In November, ZeroAvia and AGS Airports announced an agreement to explore the development of infrastructure that will allow hydrogen fuel for aircraft traveling between Aberdeen and Glasgow airports in Scotland.